SEOUL, July 5 (Yonhap) -- A local court banned a former worker of Samsung Display Co. from relocating to a Chinese firm on Thursday, claiming the restriction is needed to protect sensitive technologies.

The Suwon District Court upheld the request made by Samsung Display to ban a former researcher from getting a new position at a Chinese company, and ruled the defendant should not relocate to Samsung's rivals and their subcontractors for two years.

The court added the defendant must compensate Samsung Display 10 million won (U$8,952) per day if he fails to follow the obligation.

The former employee of Samsung Display left the company in August last year after signing a non-disclosure agreement, which also included the ban on getting a new job in the same field.

While the researcher told Samsung that he will be getting a new job in a South Korean ship safety company, he actually entered a Chengdu-based firm, which has close ties with Beijing Oriental Electronics, a Chinese rival of Samsung.

The court said the two Chinese companies have the same key shareholders and their buildings are located close to each other. It concluded that it is reasonable to assume that the researcher actually worked for Beijing Oriental Electronics.

The court also said the defendant's paychecks did not specify the name of the company, which was also suspicious.

"We have won the lawsuit as it turned out that the former employee deceived our company by getting a new job for a subcontractor at a rival firm in disguise, despite his pledge not to move to do so for two years," a source at Samsung Display said.

Samsung Display added it will take all necessary measures to protect is various technologies.

Chinese companies have been struggling to narrow the gap with South Korean display makers, especially in the field of flexible OLED displays.

Samsung Display is estimated to have taken up roughly 94 percent of the global market for flexible OLED displays in the first quarter. 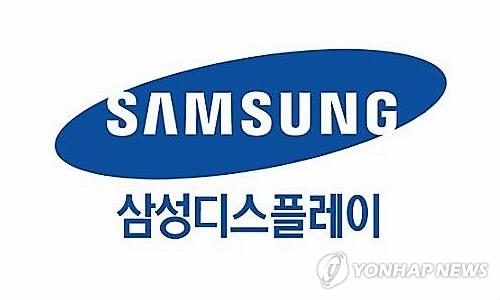