Hyundai Motor's ranking marks a sharp departure from years ago, when the carmaker was the second-biggest-cap company on the main bourse after Samsung Electronics. 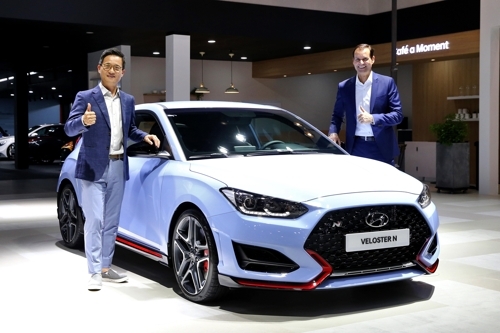 Cited as the main culprit for Hyundai Motor's market-cap ranking is a tumble in its share price stemming from flagging sales abroad.

Share prices of Hyundai Motor have fallen 23.4 percent this year, with its market value dropping by as much as 9.3 trillion won from its yearly high recorded on April 25.

Hyundai Motor suffered an earnings shock in the first quarter of this year, and local securities companies have revised down their estimates for its second-quarter earnings.

According to market researcher FnGuide Inc., local brokerages' consensus forecast of Hyundai Motor's operating income for the April-June period came to 1 trillion won as of end-June, down a whopping 21.5 percent from an estimated three months earlier.