The 10 percent level is up from the current seven percent. The company earns about 10 trillion won (US$8.96 billion) a year from the sale of core components, a company spokesman said.

As Hyundai Motor Group has stepped up efforts to strengthen the model lineups of Hyundai Motor Co. and Kia Motors Corp. with next-generation vehicles, the auto parts affiliate has increased its R&D investments over the past decade.

In the January-May period, Hyundai and Kia sold over 100,000 environmentally friendly vehicles in global markets, up 13 percent from a year earlier. The two carmakers plan to further beef up their eco-friendly model lineups composed of gasoline hybrid, all-electric and hydrogen fuel-cell electric cars, the statement said.

Hyundai Mobis expects sales of core components for those next-generation vehicles to rise further this year. It posted sales of 35 trillion won for all of 2017. 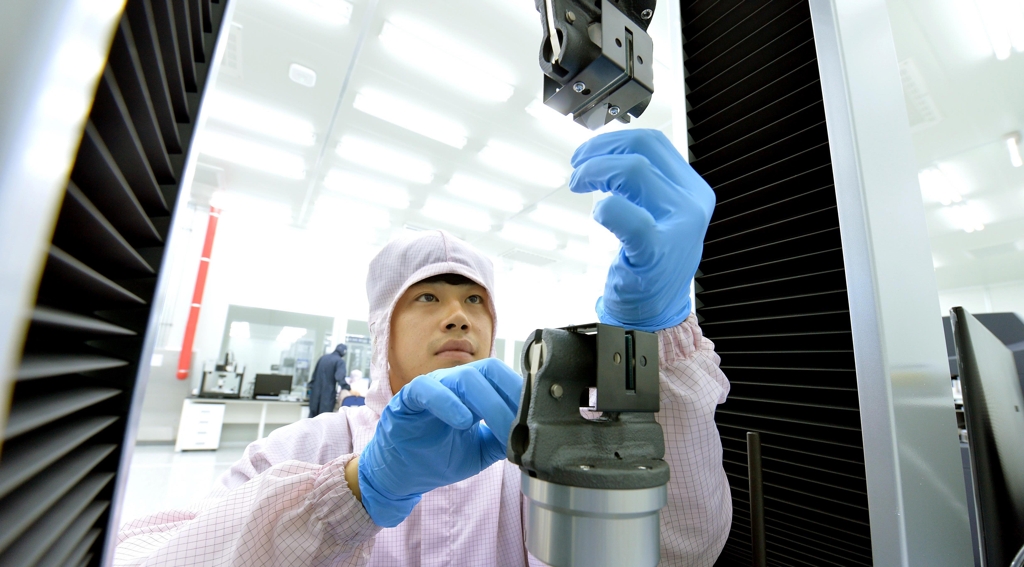