The GCF's board held a four-day meeting in Songdo, west of Seoul, but its board members failed to add to its portfolio of 76 projects.

In an earlier meeting, the GCF board approved funding for 23 new projects, valued at US$1.09 billion, the largest-ever.

The board members discussed ways to raise funding for additional projects.

Since its establishment, the GCF has provided a total of US$3.73 billion for 76 projects.

Launched in late 2010, the GCF aims to channel money from industrialized nations to developing countries to help them tackle climate change-related problems. 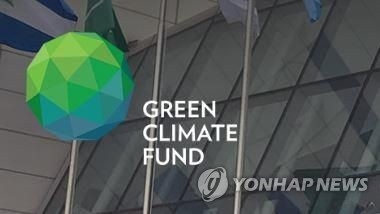