The five-year contract is to expire in March 2020.

"(We) made a suggestion to the National Security Office and the Presidential Security Service that (Cheong Wa Dae) replace the aged jet with a new one," the ministry official said. 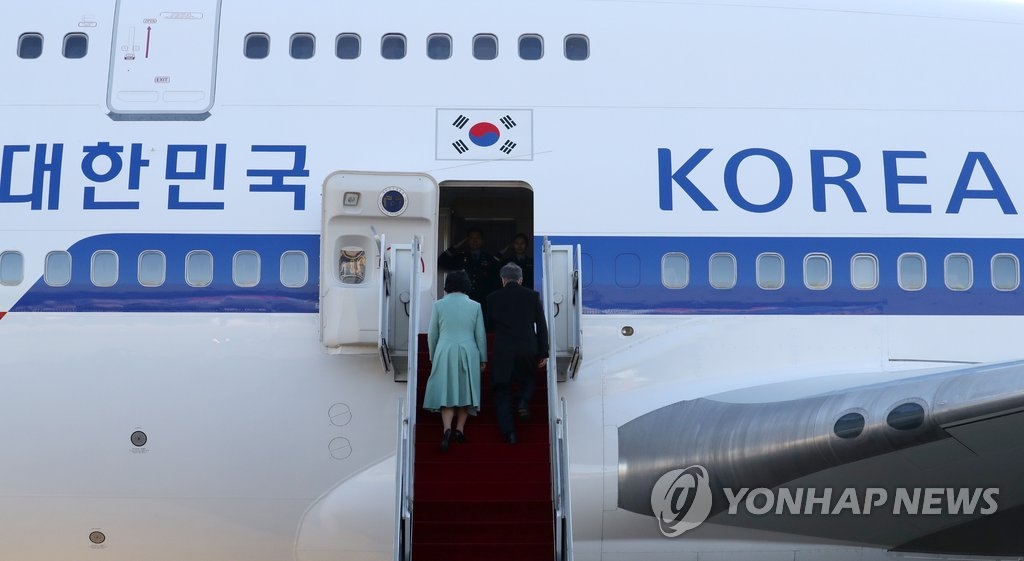 Purchasing a plane can be another option, but the budget is a problem.

"Cheong Wa Dae has not made any decision yet," the official added.

It also remains uncertain whether the presidential office will renew a contract with Korean Air, which has come under harsh public criticism over the owner family's alleged bullying of some employees and subcontractors and suspected violation of customs and other laws.