The academy, which operates from July 2-27, offers vocal and dance classes to 120 selected Belgian K-pop fans, the center said during a news conference.

Vocal trainers and choreographers from South Korea joined the academy for quality education, the center said.

The trainees are scheduled to stage flashmobs in the Belgian cities of Antwerp and Liege on July 20, and hold a performance at the arts center Bozar in Brussels on July 28, according to the center.

Meanwhile, the Korean Culture and Information Service plans to run the K-Pop Academies in 25 countries around the world this year in response to K-pop's global popularity. 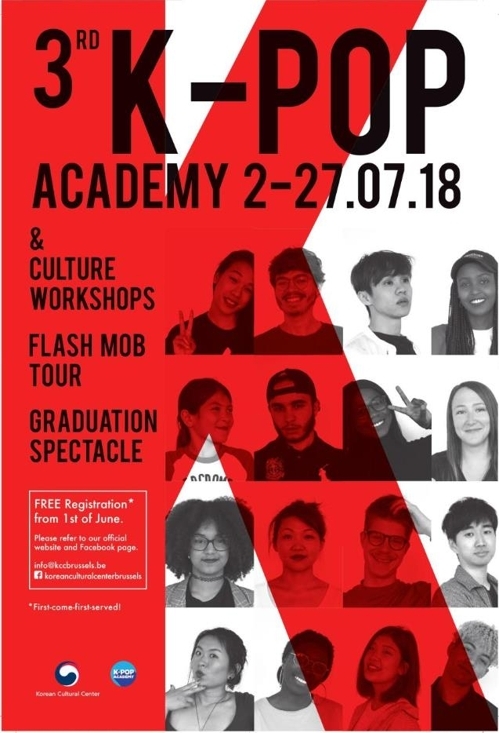