SEOUL, July 5 (Yonhap) -- More than seven out of 10 South Koreans believe young people in the country are unhappy, and six out of 10 think elderly people are also depressed, a poll showed Thursday.

The survey conducted on 2,000 adults nationwide by the Korea Institute for Health and Social Affairs (KIHASA) and made public at a demographic forum in Seoul earlier in the day, revealed 73.4 percent of respondents believed the country's youngsters are "unhappy", while only 26.6 percent said they seemed "happy".

KIHASA research fellow Lee Sang-lim and associate research fellow Yoo Jae-eon who carried out the study then pointed out that 52 percent of people surveyed were of the view that young children were "unhappy" while the "unhappiness" level for senior citizens rose to 59.1 percent.

In relation to housing prices, deemed one of the main reasons for South Korea's extremely low fertility, 69.8 percent responded that prices should come down, while a mere 7.7 percent replied prices should rise, the survey said.

The report also showed that 87.3 percent of those surveyed said that providing assistance to young people can help address issues involving low fertility and an aging population. 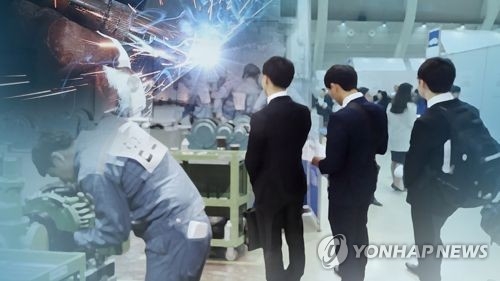 7 out of 10 S. Korean think youths are unhappy: survey

7 out of 10 S. Korean think youths are unhappy: survey