SEOUL, July 5 (Yonhap) -- Female duo Davichi will release a summer single next week, a sentimental ballad that is a collaboration with a star composer, their agency said Thursday.

The single, set to be released on July 12, is the female act's first recording since their third full-length album "&10" was dropped in January in celebration of the 10 years since their debut.

Prominent composer Jung Key, who previously collaborated with members of Mamamoo and GFriend, took part in producing the new Davichi single, according to Stone Music Entertainment.

A teaser image for the single, released by the management agency, shows the duo sitting in serenity against the backdrop of summer rain. 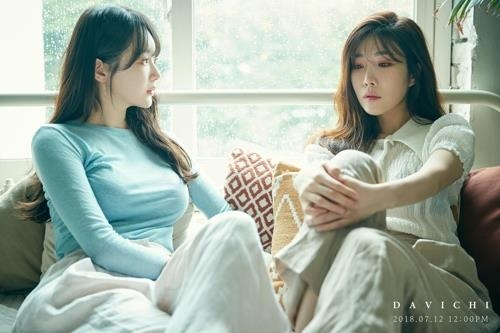