After having a 47-day break due to the World Cup in Russia, the K League 1 will be back in action starting this Saturday with three matches. The K League 1 clubs will have to play 24 more matches to complete their 2018 season.

South Korea failed to reach the round of 16 at the 2018 World Cup after finishing third in Group F with one win and two losses, and the national football team players returned home last Friday.

Defending champions Jeonbuk Hyundai Motors will try to affirm their top position in the standings with the return of three national team members. Jeonbuk sent three South Korean players -- towering striker Kim Shin-wook, midfielder Lee Jae-sung and right back Lee Yong -- to the World Cup, the most of any club. Both Lees started in all three group stage matches for South Korea. 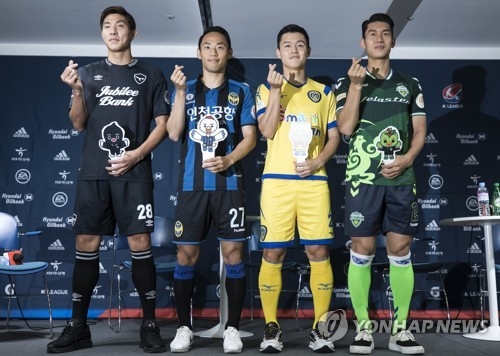 Jeonbuk will begin their title defense in the second half with a match against Incheon United, where winger Moon Seon-min plays, at home on Saturday. Moon featured in South Korea's last two matches, including their shocking 2-0 win over Germany.

Jeonbuk have amassed 34 points from 11 wins, one draw and two losses, nine points above No. 2 Suwon Samsung Bluewings, while Incheon sit 11th place among 12 teams with only eight points.

Suwon didn't produce a national team player for the World Cup. Their captain and left-footed midfielder Yeom Ki-hun suffered a rib injury just before the roster announcement. Seo Jung-won's side could lose second place this weekend if they lose to No. 3 Jeju United.

Jeju are currently No. 3 in the standings with 24 points, only one point shy of Suwon. They'll have a boost in their defense with center back Oh Ban-suk, who went to Russia with the national team.

Newly promoted club Gyeongnam FC will try to extend their impressive performance in the K League 1 against the Pohang Steelers. Gyeongnam are currently fourth in the standings with 22 points. 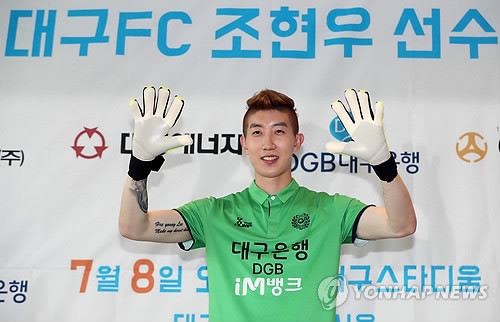 On Sunday, South Korean goalkeeper Jo Hyeon-woo of Daegu FC, who went from internationally unknown to World Cup star through Russia 2018, will show his skills in front of home fans against FC Seoul. Jo was the starting goalkeeper for South Korea during the 2018 World Cup and was named the Man of the Match after South Korea's final group stage match against Germany.

Jo will face Seoul's utility man Go Yo-han, who also made a World Cup appearance against Germany. Go was recently named the new captain for Seoul and will likely to start against Daegu with left back Yun Suk-young, who recently joined the K League 1 club on loan from Japan's Kashiwa Reysol.

Both Daegu and Seoul are desperate to start their second half with a win. Daegu are currently bottom cellars after collecting only seven points, while six-time champions Seoul are ninth in the standings.

Military club Sangju Sangmu will welcome the return of two left-footed players -- Kim Min-woo and Hong Chul. The two players served as left backs for the national team during the World Cup.

Sangju, currently No. 5 in the standings, will host No. 7 Ulsan Hyundai on Sunday to resume their league campaign. Ulsan also sent left back Park Joo-ho to the World Cup, but the 31-year-old sustained a hamstring injury during South Korea's Group F opener against Sweden and is likely to miss the K League 1 action. 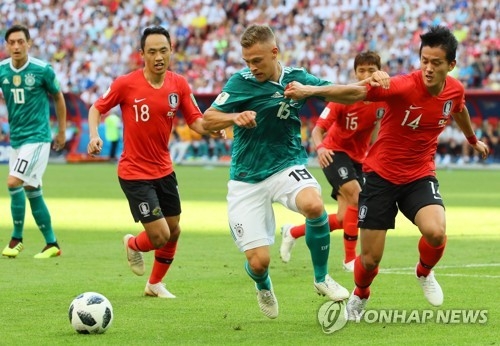