South Korea has cooperated with the African Union (AU) for the construction of the Level-II container-type hospital, in line with a commitment made during the Leaders' Summit on Peacekeeping in 2015.

The facility was established in Gao, some 1,300 kilometers north of Bamako, the capital of Mali. Gao has suffered from a shortage of hospitals amid unstable security and safety conditions.

According to the standard of the United Nations, a Level-II hospital has the capacity for three-to-four surgeries and the treatment of around 40 patients with 10-20 beds.

At the opening ceremony for the hospital on Wednesday (local time), Malian government officials expressed their gratitude for South Korea's humanitarian support, according to the ministry.

They were quoted as saying local residents have a ray of hope thanks to such assistance despite continued terrorist attacks and a lack of infrastructure years after the end of a civil war.

Also present at the ceremony were officials from the South Korean government, the AU and the U.N. Multidimensional Integrated Stabilization Mission in Mali (MINUSMA).

The ministry said South Korea will continue to contribute to international peace as a "responsible state," as also shown in the deployment of peacekeeping troops to South Sudan. 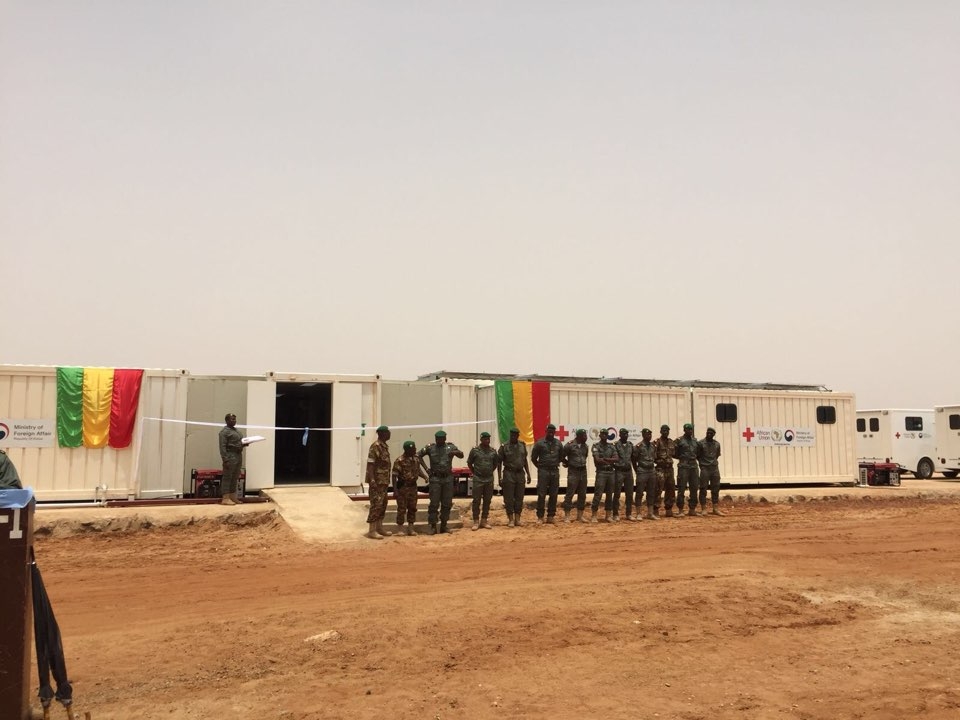