SEOUL, July 5 (Yonhap) -- The government vowed Thursday to crack down on civil servants abusing their positions against people they serve, including taking tougher criminal and disciplinary measures against violators.

The measures come as public outrage has been running high over the so-called "gapjil" practice of people in positions of power bullying those under their control or influence, as seen in the high-profile cases involving family members of Korean Air Chairman Cho Yang-ho.

Cho's wife and two daughters have undergone prosecution investigations over allegations that they physically and verbally mistreated company staff and others, such as one of the daughters throwing a cup of water in the face of an ad agency manager during a business meeting.

Government officials, especially those in positions issuing permits and approvals, have also long been accused of bossing around people seeking their favors. The government put together measures to root out such practices after a meeting of senior officials presided over by Prime Minister Lee Nak-yon.

As part of the measures, the government will codify a ban on gapjil practices in the civil servants' code of conduct while having government ministries and agencies come up with their own anti-gapjil measures specific to them.

Other measures include encouraging people to report gapjil practices involving civil servants and taking protective and supportive measures for victims.

In addition, the government also plans to disadvantage private companies with a record of punishment for gapjil in awarding government contracts, officials said. 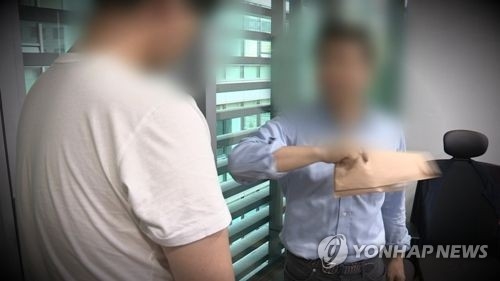 Gov't to crack down on civil servants involved in 'gapjil' practices

Gov't to crack down on civil servants involved in 'gapjil' practices