The discussions, which had been suspended due to a diplomatic row over South Korea's deployment of the U.S. anti-missile system THAAD, took place during a meeting between the Seoul Metropolitan Police Agency (SMPA) and the Beijing Public Security Agency in Seoul earlier in the day, the officials said.

The two sides discussed concerted probes into voice phishing scams, most of which are committed by China-based call centers, according to the officials.

The SMPA also proposed to Beijing the launch of a hotline and immediate cancellation of visas for illegal call center operators who are Korean and their prompt repatriation, the officials added. 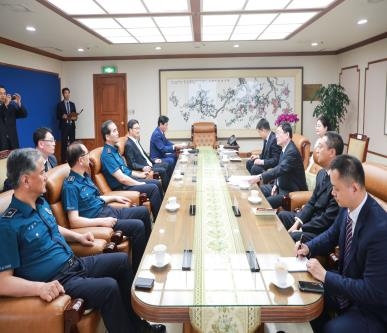