SEOUL, July 6 (Yonhap) -- On the first Friday evening of every month, Jeong So-hee does her makeup meticulously, dons nice clothes and the best of her jewelry before heading out for a 10 p.m. appointment that comes with a special set of rules.

The first such rule for the girls' night event with four other women is to always come alone. Second, everyday clothes and going bare-faced are not allowed.

"Once a month, we decide to do away with our poor matronly looks and dress like women ready to hit the town. We, all moms, go to a nearby cafe or a pub for coffee or beer, with the understanding that the spell will break at midnight," giggled the 35-year-old stay-at-home mom. She said for women who spend nearly all their time minding their children, these evenings provide a rare chance to cut loose.

As a senior manager at a publishing company, she juggled work, child care and housework for about one year. After having a second baby, however, she was compelled to quit her job last year.

"After a series of life-changing events, I was desperate to find someone living a life just like my own, as well as a chance to escape from the painstaking rut at home," she said.

The night out gathering started this year, though the women first met at a postpartum care center in 2014.

"We get together at least twice a week to come out of the sole parenting. We all have husbands, but mine rarely returns home before 11 p.m. during the work week," Kim said. He runs a small architectural firm. 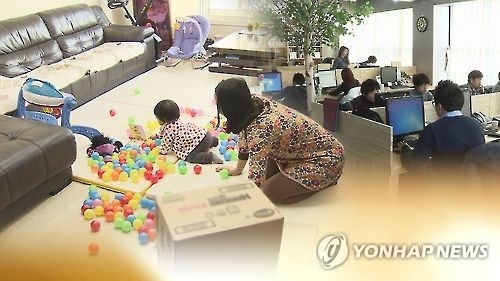 Jeong's case is far from unique. In South Korean society, there is a prevalent perception of women as the primary caregivers for children, and men tend to work long hours that deprive children of quality time with their daddies.

According to a survey of 507 working parents by JobKorea, a local job information search portal, 69.4 percent of the female respondents said they shoulder most of the child care responsibilities.

Asked about their partner's participation in parenting, 63.7 percent of the moms voiced discontent, while 78.9 percent of the men expressed satisfaction with the overall arrangement.

Grappling with limited options, a large number of moms opt to give up their careers. The employment rate among women aged 25-29 stood at 69.6 percent last year, but the figure tumbled to 61 percent among those aged 30-34, and further to 58.1 percent for women aged 35 to 39.

In addition, any time off to have children and take care of them often results in women having a hard time climbing the corporate ladder. As of 2016, the proportion of women in managerial positions stood at a mere 20.4 percent.

By law, an employee with a child aged under 8 is allowed to take family leave for up to one year. But an average of 35 percent of female employees at private companies were found to have taken maternity leave last year, though the figure hovered over 90 percent among teachers and those in the public sector, who enjoy better job security.

Fortunately, the number of fathers taking time off work for parenting has been on a constant rise. In 2017, a total of 12,043 men signed up for paternity leave, up a whopping 58.1 percent from a year earlier, according to government data.

Of a total of 90,123 workers who took family leave in 2017, however, fathers accounted for a mere 13.4 percent, and the average duration of the parental leave came to 6.6 months, shorter than among female workers who used up 10.1 months.

Facing such a grim reality where there is friction between motherhood and womens' professional ambitions, an increasing number of women are opting to go childless, or at least have fewer children than women of the previous generation.

Data by Statistics Korea showed that the number of newborns in 2017 dropped to the lowest level since 1970, and the total fertility rate, which shows the number of babies that a woman is projected to have during her lifetime, hit a record low of 1.05 last year.

Against this backdrop, a growing number of women are looking beyond their home and pushing to utilize new support systems and networks.

In order to meet the rising demand and to promote the culture of co-parenting, the government plans to set up and run 260 such facilities this year, and to bring the number to 3,600 by 2022. 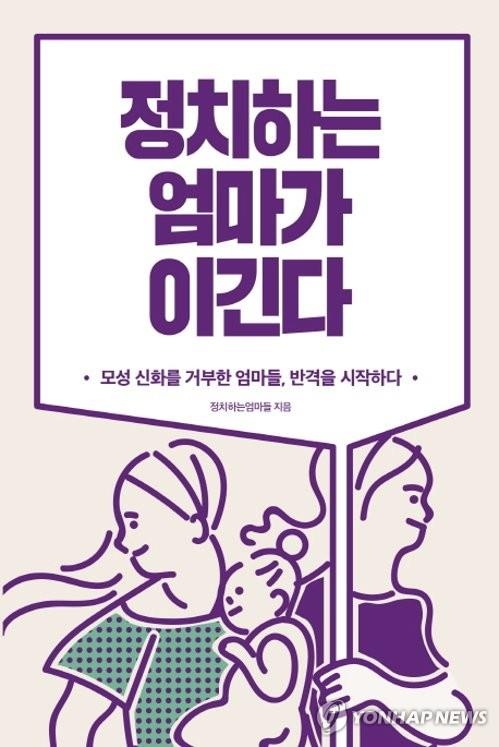 Some moms are even getting more politically active and are moving to reach out to policymakers.

"The Political Mamas," a Seoul-based non-profit organization, was established in June 2017 by moms, including Jang Ha-na, who made history in 2015 by becoming the first lawmaker in South Korea to give birth while in office.

"I got pregnant during my term, and I had been so nervous while trying to cover it up. I was just afraid of some male colleagues and taxpayers' hairy eyes," Jang recalled.

"Going through various experiences as a working mom, I've come to believe that moms' participation in politics is key to resolving many of our social problems," she said. "Without putting an end to sole parenting by moms, the government would never be able to boost the birthrate however hard it tries by allocating loads of money."

Over the past year, the organization held dozens of rallies as well as discussion sessions to make their voice heard regarding state policy measures on child care, education and labor, among other issues. It has grown to have around 200 official members and 2,000 online supporters. 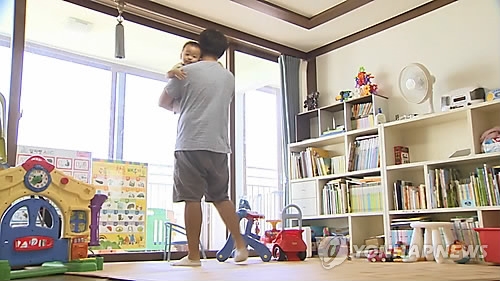 From July 1, South Korea implemented a reduction in the maximum number of weekly working hours to 52 from 68 with the aim of helping people strike a balance between work and life.

"I am not sure if the new system will make things better for me," said Kim Yun-mi, a 36-year-old mom of two who works for an affiliate of a large corporate conglomerate and is currently taking her second family leave.

Upon returning to work after her first maternity leave, she left her son in Jeongneung, northern Seoul, with his grandparents, a one-and-a-half-hour drive away from Pangyo, just south of Seoul, where she resides.

"At that time, I had no choice but to leave my son with my mom, who is in her 60s. I used to bring him home on Friday, and send him back on Sunday after a bout of tearful farewells," Kim sighed.

Now that her first son is old enough to go to a kindergarten where he can stay almost all day long, her baby girl was recently accepted by a state-run daycare center after a year-long wait, and her working hours got shortened, Kim is now "dreaming of being a successful working mom," with enough time to prosper in her job and care adequately for her kids.

Her husband? He is a public official so he is not entitled to take advantage of the shorter workweek.

"Even I, myself, don't know how my story will unfold after November," she said. Her second maternity leave will end that month.

(Yonhap Feature) Moms unite to share child-rearing burdens, but where are the dads?

(Yonhap Feature) Moms unite to share child-rearing burdens, but where are the dads?