SEOUL, July 5 (Yonhap) -- Artist Shin Mee-kyoung has a playful time recreating historic artifacts, and she does it with an unusual material -- soap. The purpose of her creations, however, is not that simple despite her use of a common household item.

"Time flows like liquid, and I want to petrify and capture the flow," she said during a press preview of her solo exhibition, "The Abyss of Time," at Arko Art Center Gallery in Seoul on Thursday. "I've been working on how to visualize the time flow in a cultural context." 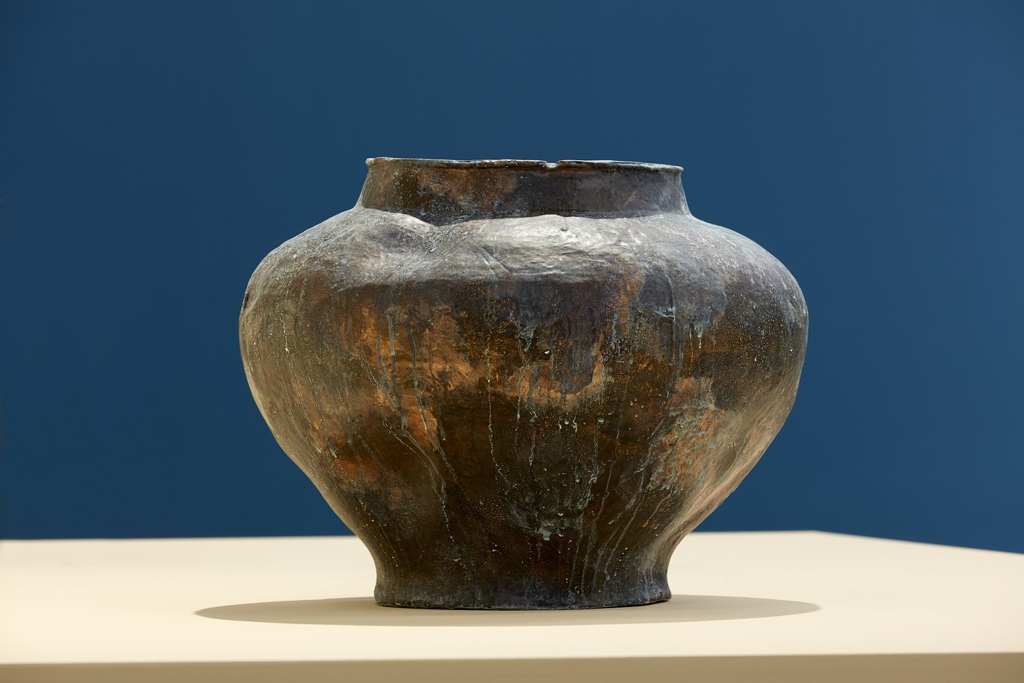 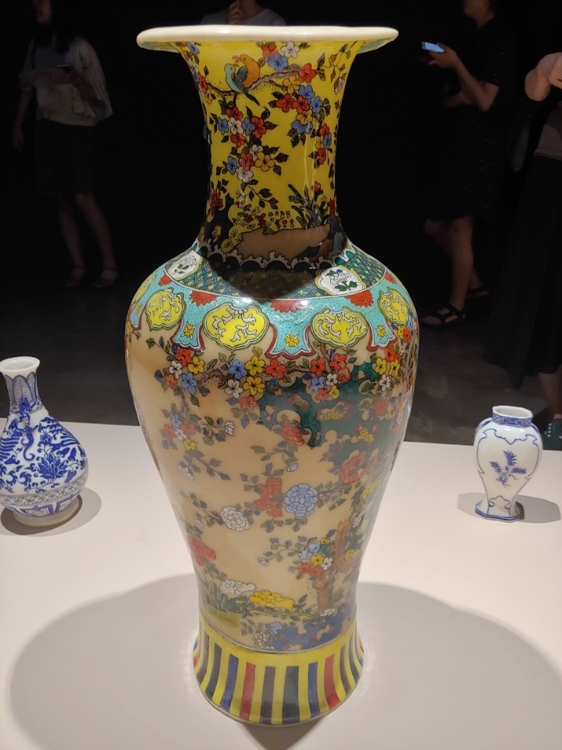 For the past 20 years, she has recreated historic relics, ranging from Ancient Roman and Greek statues to vases and Buddha statues, out of soap, a material she was somewhat forced to use in the beginning while studying in England as her usual material of resin was not allowed at her school.

But she was captivated with the material's malleability and cheerful characteristics to make fun of authority that oozes from ancient marble sculptures.

The exhibition, her first solo show at a public museum in Korea, displays some 100 sculptures, all made of soap that weigh approximately 12 tons, and includes her new "Ruinscape-Architecture Project," as well as previous works that haven't been unveiled in Korea. 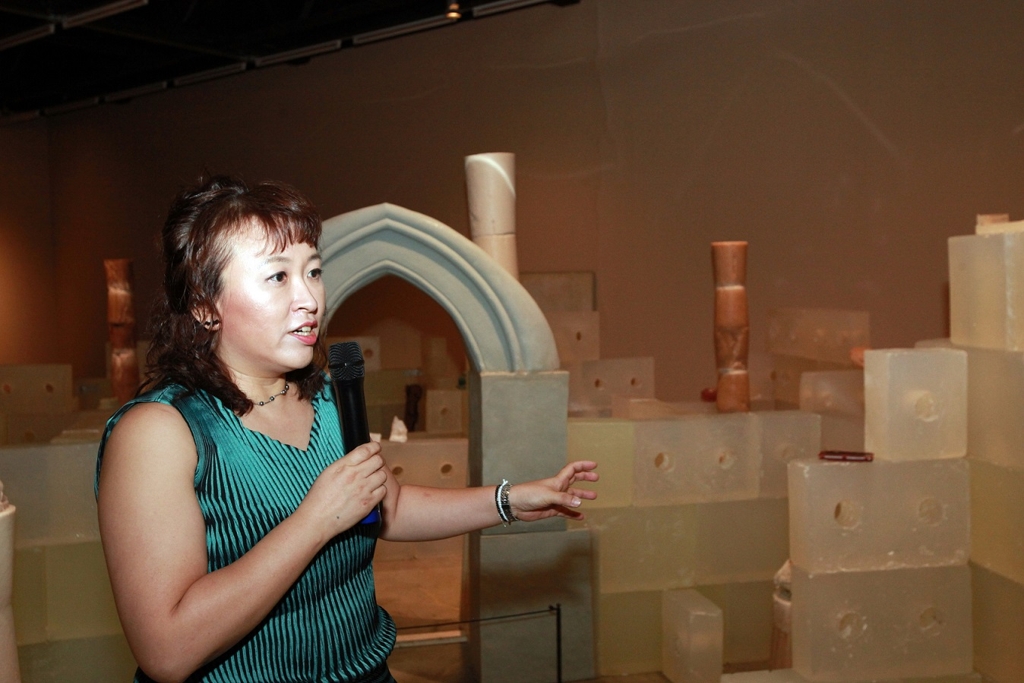 "A Petrified Time Series," also a new work, is to express time-worn pottery by mounting silver and copper foil over them. Ornamental pottery works in her "Translation" series are so surprisingly realistic that any viewer would find it hard to believe that they are made out of soap.

"There is no object that is made to become an artifact. They just come into being as time passes," the artist said, adding that some of the works on display were her "own kind of relics produced during years of artistic activities."

"Toilet Project," one of her well-known projects, is also on view, where she displays ancient Roman busts and Buddha statues in restrooms to be used as soap. Overtime, those sculptures are worn away as if going through natural abrasion. 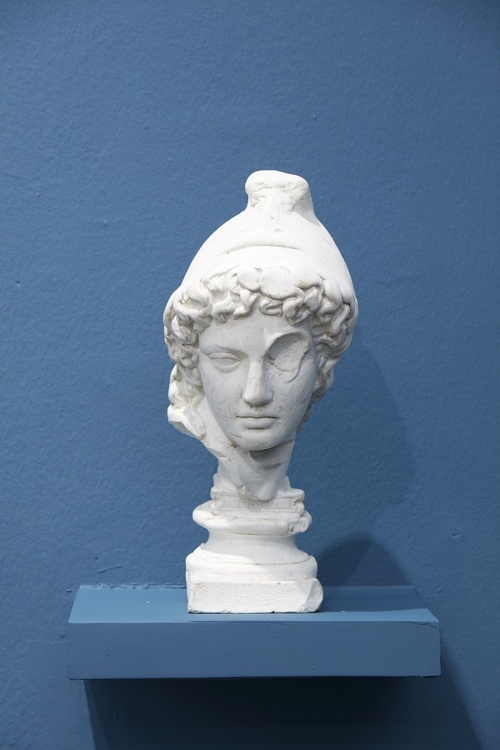 One of four Artists of the Year chosen in 2013 by the National Museum of Contemporary Art, she participated in many overseas projects in British public art institutions, including the National Centre for Craft & Design, Bristol Museum and the British Museum.

During the 2003 exhibition at the British Museum on Korean moon jars, she reproduced a fake moon jar out of soap under the title of "Translation -- Moon Vase." Modeled after a 300-year-old Joseon Dynasty artifact, it blurred the lines between what was authentic and fabricated.

The exhibition runs from July 5 to Sept. 9.