SEJONG, July 5 (Yonhap) -- The government said Thursday that it will provide 100,000 apartments to newlyweds in the coming years in the latest in a series of moves to address housing problems facing young people.

The envisioned apartment units are set to be built in Seoul and other major cities across the country.

The government said it will create apartments complexes that make childrearing easier by ensuring schools and childcare facilities are located nearby.

"Newlyweds and young people have concerns about their housing, which has led to a decline in marriage rates and a low birthrate," said Park Sun-ho, a ministry official handling housing policy.

The number of South Koreans getting married came to 264,500 in 2017, down a sharp 6.1 percent, or 17,200, from a year earlier, according to Statistics Korea. The figure is the lowest since 1970, when the government began to collect such data.

South Korea's total fertility rate -- the average number of children a woman bears in her lifetime -- is expected to fall below 1.0 in 2018, down from 1.05 a year earlier, according to the Presidential Committee on Aging Society and Population Policy.

The figure is much lower than the replacement level of 2.1 that would keep South Korea's population stable at 51 million.

The ministry also said the government will cut acquisition taxes in half when people buy a home under 60 square meters worth less than 400 million won (US$268,000) within five years of marriage.

A typical house for South Koreans is an 82- to 109-square-meter apartment.

A government simulation showed that a couple would pay around 1.85 million won in property acquisition tax, down from 3.7 million won, if they buy a Seoul apartment unit worth 370 million won. 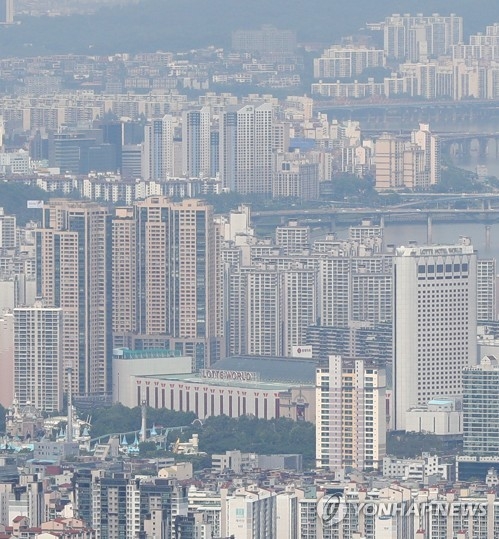 Gov't to provide 100,000 apartments to newlyweds

Gov't to provide 100,000 apartments to newlyweds