The renewed pledge came one year after the South Korean president unveiled the so-called "Berlin Initiative" while attending the Group of 20 summit in the German capital. 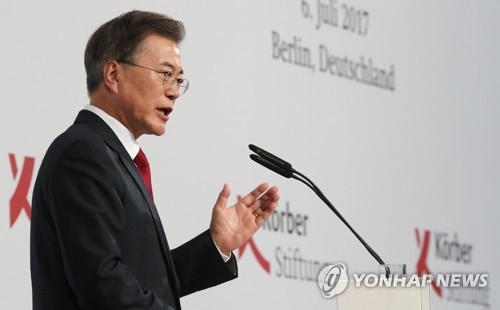 "When it was announced, military tensions on the Korean Peninsula was at its peak due to North Korea's repeated provocations and international sanctions to punish the North," Cheong Wa Dae said in a press release, also noting few had believed the peace initiative would bear any fruit.

North Korea had test fired a ballistic missile each month since February 2017, Cheong Wa Dae noted. It staged at least 10 missile tests after Moon took office in May 2017 while also conducting its sixth and most powerful nuclear test so far in September.

In a historic inter-Korean summit with Moon held in the border village of Panmunjom on April 27, North Korean leader Kim Jong-un agreed to completely denuclearize the Korean Peninsula while the leaders also agreed to seek a formal end to the 1950-53 Korean War before the year's end.

The presidential office said the key was to remove the fundamental reason the North thought it needed nuclear capabilities.

"Some raised questions over the possibility of realizing the Berlin Initiative, citing the heightened nuclear tensions and the long interruption in South-North Korean relations following the shutdown of the Kaesong industrial complex," it said in a press release.

South Korea withdrew all South Korean businesses from the joint industrial park in the North Korean border town of Kaesong in early 2016.

"However, the Berlin Initiative consisted of creative and balanced steps that all related countries could agree to while equally reflecting concerns held by the related countries, including the United States and North Korea, and attempting to fundamentally resolve the problem," Cheong Wa Dae said. 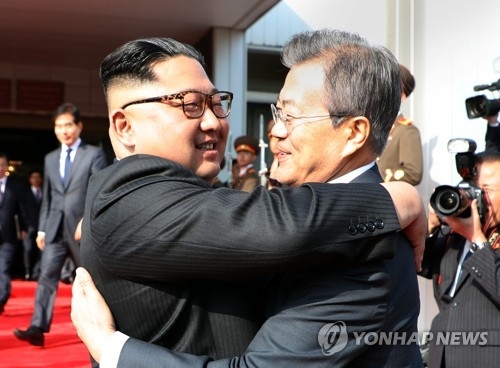 South and North Korea technically remain at war even to date as the Korean War ended only with an armistice, not a peace treaty.

Cheong Wa Dae said the country will continue to push for a formal end to the war before the year's end as agreed in the joint declaration issued by Moon and Kim in Panmunjom.

It will also seek to help improve ties between Washington and Pyongyang.