SEOUL, July 5 (Yonhap) -- Singer-actor Yoona of Girls' Generation has attended a luncheon hosted by first lady Kim Jung-sook for donors of the Community Chest of Korea.

This video shows the first lady talking with the singer before sitting down for lunch at the presidential office Cheong Wa Dae in Seoul on July 3.

Yoona has donated about 300 million won (US$268,192) to the largest charity group in the country since 2010. In 2015, she became the first idol singer to join the Honor Society, a club created by the CCK with donors of more than 100 million won. 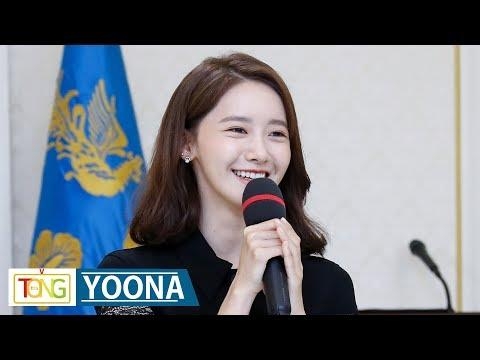