SEOUL, July 5 (Yonhap) -- The South Korean licensed production of the Tony Award-winning musical "42nd Street" premiered in Seoul in 1996. Since then, it has been performed during 16 seasons -- the longest-running streak of any licensed musical production in South Korea.

The musical, adapted from a novel by Bradford Ropes and the subsequent 1933 Hollywood film version, depicts the story of a stage director and a would-be actress' struggles for a musical success on Broadway against a backdrop of the Great Depression.

"An interesting fact is that '42nd Street' has been loved steadily over the past 22 years regardless of the changing trends and situation over the years," Hong Ji-min, cast in the role of Maggie Jones, said in a press showcase. In 2014, Hong joined the show as Dorothy Brock, one of the main characters.

"As I gladly accepted the role of Maggie Jones this year, many people seem to love the musical for its depiction of an actress' success story ... and the positive energy it carries to the audience," she said.

Kim Suk-hoon, double-cast as another main character, producer Julian Marsh, said "the message of hope delivered through the struggle to stage a show in the midst of the Great Depression" may still resonate with a contemporary audience.

"I believe even after 2018, '42nd Street' will continue to be loved as a steady seller." For Kim, it's the third year in a row he has performed as the lead male character of "42nd Street." 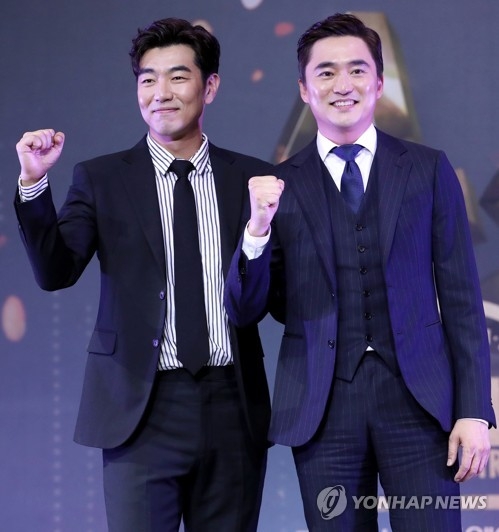 Like the original and the revival versions on Broadway, the Korean production is characterized by the rattling sounds of tap dance throughout, as well as extravagant stage costumes and sets that recreate Depression-era Broadway.

TV and film actor Lee Jong-hyeuk is the other actor double-cast as Julian Marsh.

Jeong Dan-young, double-cast in the main role of Peggy Sawyer, embodies her stage character's story. Like Sawyer, Jeong also performed in the ensemble before winning the main role.

The current, 16th season of "42nd Street" began on June 21 and runs till Aug. 19 at Seoul Arts Center in southern Seoul. 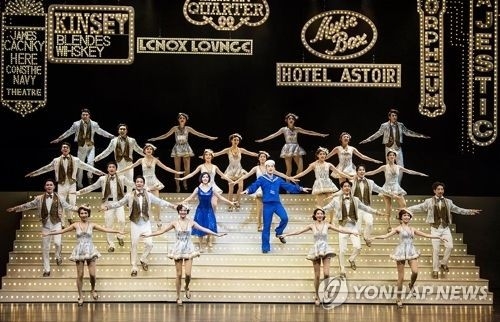