In the men's contest held later Thursday at the same arena, Kim Chol-myong of North Korea led all players with 30 points, while Sin Kum-byol added 13 points for the winner. For South Korea, Lee Seung-hyun had 21 points, and U.S.-born Ricardo Ratliffe had 18.

This was the fourth meeting between the men's teams; North Korea has won all four. South Korea is ranked 31st in the world, while North Korea isn't among the 147 countries ranked by the International Basketball Federation (FIBA). 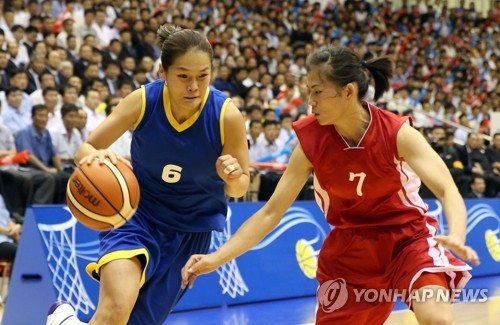 The players donned blue (South Korea) and red (North Korea) uniforms that had no national flags or country names on them.

This was the second day of exhibition basketball games for the Koreas, who'd agreed on the occasion last month. On Wednesday, the teams swapped players for a mixed event, with a focus on bringing the players together.

On Thursday, though, there was a competitive edge. 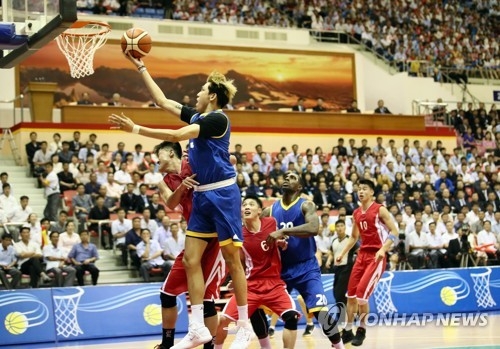 In the women's game, South Korea started the game on a 9-0 run, and North Korea only got on the board about four minutes in with Ro's two free throws.

South Korea led 38-31 at halftime and was up 56-46 in third quarter before turnovers led to North Korean fastbreak opportunities.

Trailing 58-56 to start the final frame, Ri drained a three-pointer to key a North Korean rally for a 61-58 lead. For South Korea, Kim, Park Hye-jin and Choi Eun-sil all fouled out.

South Korea was also called for 10 traveling violations, but the team held on for the victory.

The Koreas have agreed to form a unified team at the Aug. 18-Sept. 2 Asian Games in Indonesia. South Korea, the defending Asian Games champion, is a vastly superior side, and the majority of the unified team should come from the South.

But since the Olympic Council of Asia (OCA) has said it won't allow extra roster spots, some South Korean players who would otherwise have made the Asian Games team will have to cede their spots to North Korean players.

"It's still early to get into specifics, because we haven't determined how the joint team will be assembled," Lee said. 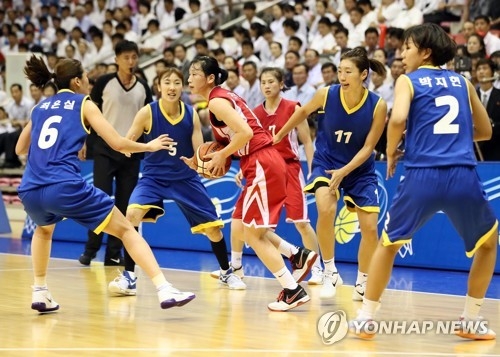