The International Table Tennis Federation (ITTF) announced that North Korea will cross the border to play at the ITTF World Tour Platinum Korean Open in Daejeon, 160 kilometers south of Seoul, from July 17-22.

North Korean table tennis players have previously competed in South Korea at the 2002 and 2014 Asian Games in Busan and Incheon, respectively. This will be their first appearance in an ITTF event in the South. 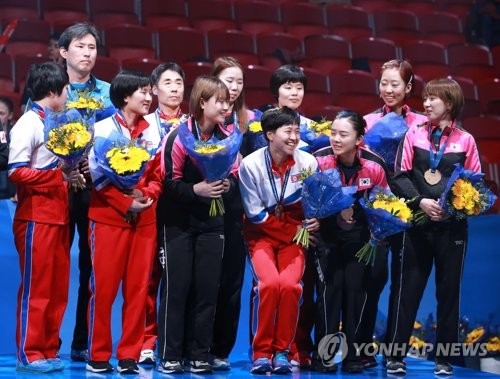 The South Korean organizers had extended the deadline to submit entries from June 17 to June 21, hoping North Korea would commit. The North missed the deadline, but the ITTF stepped in and allowed North Korea to play.

During the World Team Table Tennis Championship in Sweden in May, the women's teams from the two Koreas joined forces before they were to square off in the quarterfinals. They got a bye to the semifinals, where they lost to Japan to take home bronze medal.

"It is a proud moment for the ITTF to be able to support another sign of peace on the Korean Peninsula, by helping North Korea send a team to the Korean Open," ITTF President Thomas Weikert was quoted as saying on the ITTF website. "The momentous unified team at the 2018 World Table Tennis Championships showed the world that countries can find peace on a table tennis table." 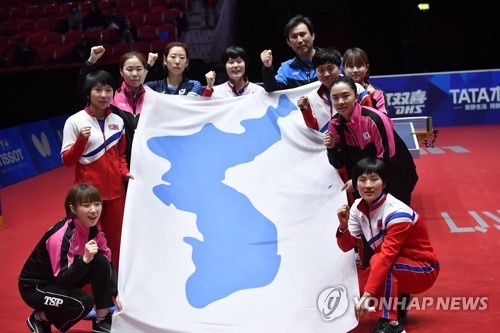 Earlier Thursday, Kim Yong-chol, vice chairman of the central committee of the North's ruling Workers' Party, told South Korea's Unification Minister Cho Myoung-gyon that Pyongyang would likely send athletes to the table tennis competition. They met in Pyongyang, where the men's and women's basketball teams of both Koreas played in exhibition matches on Wednesday and Thursday.

According to a pool report, Kim told Cho that North Korea used to thrive in table tennis but has since taken a step back, adding that North Korea could learn from South Korean players' experience and technique.

Also during that meeting, Kim said North Korea was planning to send athletes to the International Shooting Sport Federation (ISSF) World Shooting Championships to take place in Changwon, 400 kilometers southeast of Seoul, from Aug. 31 to Sept. 15 this year.

An official with the Korea Shooting Federation said the local organizers had approached North Korea through the ISSF in January for possible participation in the worlds. The official added that while the exact size of the North Korean team will be determined later, it shouldn't include more than 30 shooters.

North Korea hasn't competed in a shooting event in South Korea since the 2014 Asian Games in Incheon.