North Korea defeated South Korea 82-70 to cap off a two-day exhibition series at Ryugyong Chung Ju-yung Gymnasium in Pyongyang, where the Koreas met on a basketball court for the first time in 15 years. 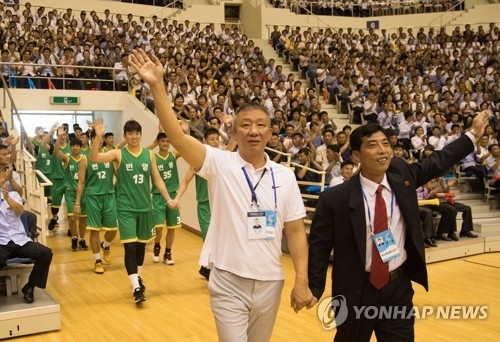 Hur, arguably South Korea's greatest basketball player ever, played in the exhibition games in 2003. Back in the North Korean capital as head coach, Hur said he was just glad his players finished off their trip without getting hurt.

"It's been a whirlwind for the players," said Hur, whose team arrived in Pyongyang on Tuesday and then played on consecutive days. "Even though we lost the game, we were fortunate enough not to pick up any injuries."

The Koreas agreed on the hoops friendlies last month, and North Korea is expected to pay a reciprocal visit to Seoul in September.

"We'll prepare hard for that game (in September) and play better than we did here," Hur added.

Lee Seung-hyun, who led all South Koreans with 21 points, said it was "an honor" to be part of a historic basketball game in Pyongyang.

"Both teams gave their best," he said. "Regardless of the result, this was a satisfying game. I felt like we were really one people. When the North Korean players come to Seoul, we'll give them a warm welcome, just like they did for us here." 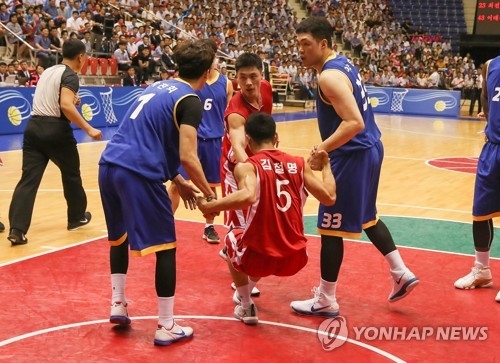