The finance ministry said the proposed tax hike centers around raising the tax burden on owners of high value houses and multiple homes, and increasing the taxable amount of a property.

Under the proposed scheme, the so-called comprehensive real estate tax rate for properties valued at 600 million won ($535,000) or below will remain unchanged at the current 0.5 percent. But the rate for a property priced at 600 million won or more will be raised by between 0.1 percentage point and 0.5 percentage point, with the maximum rate to be raised to 2.5 percent from the current 2 percent.

The ministry also said it will seek to raise the taxable rate of a property, which is now some 80 percent of the government-set value. The rate should climb gradually to 90 percent by 2020, the ministry said. In South Korea, the government usually taxes land and homes based on its annual assessment value, instead of the actual market value.

The finance ministry said the proposed tax overhaul will affect some 350,000 people and expects an estimated 740 billion won in additional tax revenue.

The ministry added it would finalize the proposal later this month and submit it to the National Assembly for approval in September. 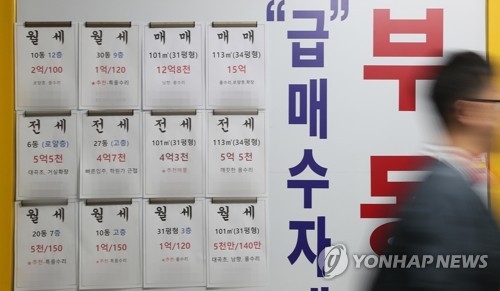 The comprehensive real estate tax, first introduced in 2005 under the late President Roh Moo-hyun, has long been controversial here. Taxation on owners of expensive houses and owners of multiple homes during the Roh administration faced strong backlash, which in consequence led to a drop in the approval rating of the left-centered government.

The conservative Lee Myung-bak government eased the tax scheme. But the liberal Moon Jae-in government, which shares most of the economic policies sought after by the Roh administration, has vowed to impose heavy taxes on owners of high-priced homes and multiple homes, which it claims is the main cause of soaring home prices in Asia's fourth-largest economy.

Apartment prices in the affluent Gangnam district and some other neighborhoods have jumped on hopes of reconstruction projects moving forward and ample liquidity circulating in the economy.

The Bank of Korea's eight rounds of rate cuts since 2012 helped send home prices and household debt to record levels as more people took out loans to buy homes.

Last year, the government unveiled a set of measures to tighten lending rules on homes to try to cool the overheated property sector.

It adopted stricter rules requiring multiple-home owners to pay a higher capital gains tax when they sell their houses. The government, moreover, toughened the loan-to-value and debt-to-income ratios for new loans, which effectively limits homebuyers' ability to get home-backed loans based on the value of property they own and their income. 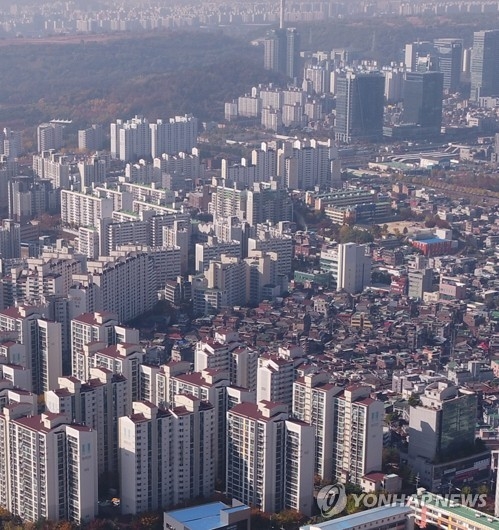