SEOUL, July 6 (Yonhap) -- South Korean businessmen who operated factories at the now-shuttered joint industrial complex in North Korea will again ask the government to allow them to visit the park to inspect their facilities, their representative said Friday.

"We have decided to ask the government again next week," said Shin Han-yong, the head of a private task force that speaks on behalf of more than 120 South Korean companies. "We hope for a prompt resumption of the factory park."

The move comes amid a recent rapprochement on the Korean Peninsula following a summit between leaders of South and North Korea in April.

Still, it remains unclear whether South Korea's liberal government will give a green light to the businessmen.

Any trip by South Koreans to North Korea requires government approval as well as the North's consent as the two Koreas technically remain in a state of war since the 1950-53 Korean War ended in a truce, not a peace treaty.

South Korea's previous conservative government shuttered the complex -- once hailed as a symbol of the inter-Korean reconciliation -- in February 2016 in response to North Korea's nuclear and missile tests.

The two Koreas have been working to set up an inter-Korean liaison office in Kaesong. South Korea plans to open it before the end of August. 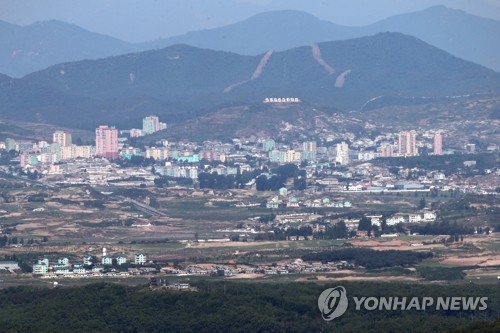