SEOUL, July 6 (Yonhap) -- North Korea's media on Friday resumed its criticism of Washington ahead of U.S. Secretary of State Mike Pompeo's arrival in Pyongyang, warning against any argument over its human rights conditions.

Uriminzokkiri, the North's external propaganda website, said in a commentary that the U.S. government should immediately abandon any attempt to irritate and deride Pyongyang over its human rights issue.

"Following recent summit talks in Singapore between the DPRK (North Korea) and the U.S., (the) bilateral relationship has been improving and follow-up talks are scheduled. But the U.S. still remains obsessed with pressing the North over its human rights condition," the commentary said. 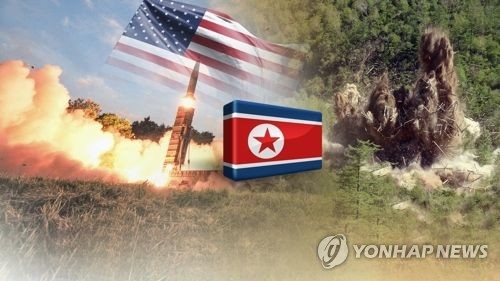 It specifically took issue with the U.S. Department of State putting North Korea in the lowest Tier 3 for 16 consecutive years in its annual "2018 Trafficking in Persons Report" released in late June. Tier 3 nations are branded as the worst human traffickers.

"The (Tier 3) designation is an outright challenge to our efforts to end the world's last Cold War and contribute to the regional and global safety. It is also a derision of the international society's consistent wish for the improvement of the DPRK-U.S. relations," the commentary said.

The Pyongyang website argued that it is anachronistic for the United States to attempt to deny the dignity of its counterpart and, at the same time, to seek dialogue over permanent peace on the Korean Peninsula.

"Now is the time for the DPRK and the U.S. to boldly abandon erroneous prejudices and practices, respect and trust each other to remove obstacles ahead, and take goodwill measures for each other," it said.

North Korea had kept silent on the U.S. human rights report issued on June 28 but issued the comment by Uriminzokkiri hours before Pompeo's arrival in Pyongyang in an apparent move to take the initiative in follow-up negotiations on denuclearization, analysts in Seoul said.
(END)