"We're working on a plan where the floor leaders of ruling and opposition parties travel together to the U.S. and meet with U.S. congressional leaders and discuss trade issues, such as autos and tariffs, and peace issues, such as denuclearization," Rep. Hong Young-pyo, floor leader of the ruling Democratic Party, told reporters.

Hong said the current plan calls for a four-day trip starting on July 18.

"It has a great meaning in that we can meet the floor leaders of the Republican and Democratic parties and share their perceptions of the situation on the Korean Peninsula," he said. "I can go at any time if negotiations to form parliamentary committees are concluded smoothly." 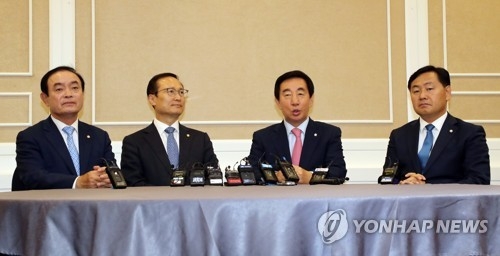