SEOUL, July 6 (Yonhap) -- There is something more significant about the Kaesong Industrial Complex, beyond its economic effects and political implications on the Korean Peninsula.

The premise, coupled with surprising ignorance about South and North Korea's joint industrial zone, despite its 10-year existence, led a group of artists to create an art exhibition at Culture Station Seoul 284.

The idea behind the exhibition started two years ago during the government of former President Park Geun-hye, who is now in jail over corruption charges, when the inter-Korean relations couldn't get any lower.

The complex was closed after a series of North Korean provocations, incurring heavy economic losses on South Korean businessmen, not to mention ending the last symbol of inter-Korean exchanges. 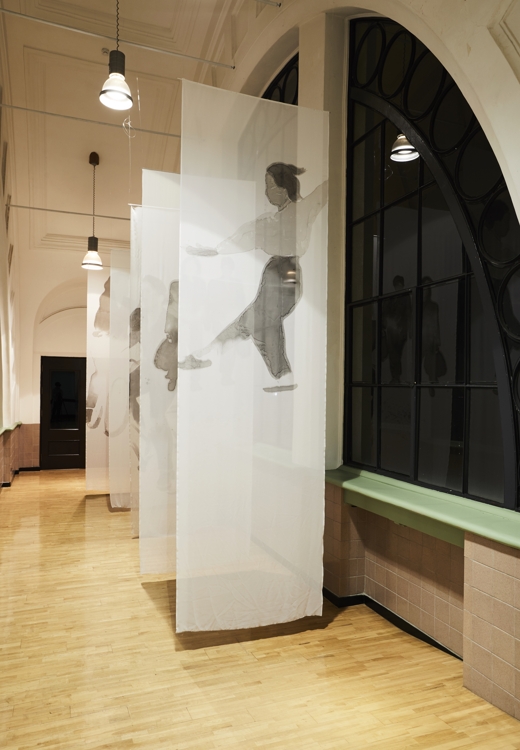 "South and North Koreans met every day and spent time together for 10 years in the complex. But I knew nothing about the life there," the exhibition's organizer Park Kye-ri, research professor at Hongik University in Seoul, said during a media event at the venue on Friday.

"It used to be a military zone. But the two Koreas met there and started to build rules and laws. The whole process was the same as building a new culture," she said, adding the exhibition is an homage to those who contributed to making the complex and its culture, and ultimately laying the foundation for peace and hope.

A total of 10 artists or artist teams participated in the show where they interpreted the importance of the only place on the peninsula where the people from the two enemy states worked and shared life together harmoniously.

"The 10-year experience is very important. We talk about peace very easily, but we rarely contact the people whom we want to make peace with. How can we casually ask them to grab a cup of coffee when we don't have any connection with them?" artist Jeong Jeon-yeop said.

"Given the circumstances, the experience serves as a stepping stone (for better relations). We can start from there. And we shouldn't be missing out on using it."

Jeong painted on white chiffon North Korean female workers on their way to their workplaces under the title of "Going to Work Fully." They look as if they are walking in a group through the layers of transparent chiffons hung from the ceiling. 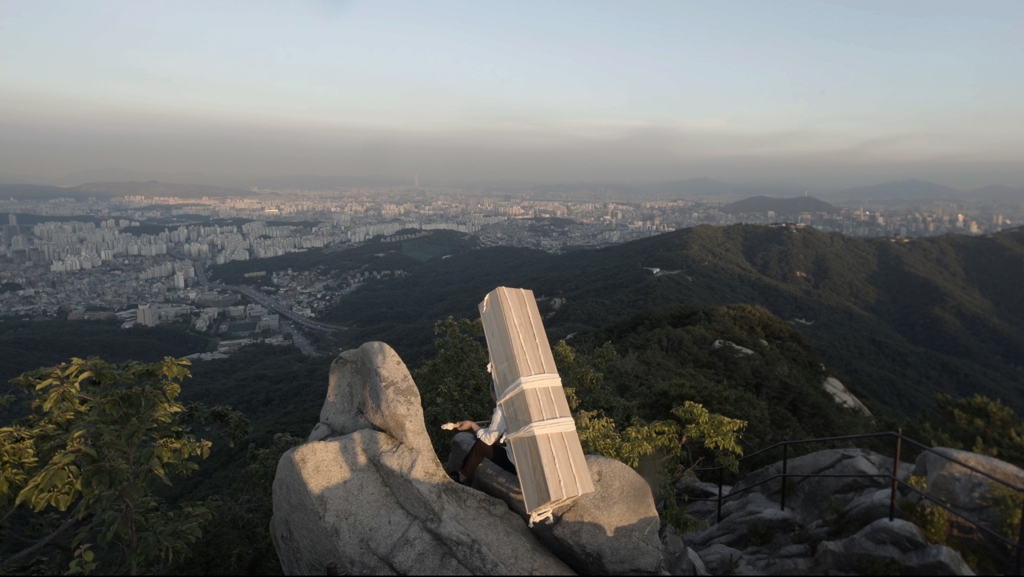 Media artist and movie director Im Heung-soon, who won the 2015 Silver Lion at the Venice Biennale, presented a 15-minute two-channel video that explores the desperation and despair of South Korean businessmen who ran factories in the complex.

Inspired by a funeral ceremony that the businessmen performed in front of the National Assembly on Nov. 23, 2016, nine months after the complex's closure, the artist strapped a wooden coffin, which was used in the 2016 performance, to his back and climbed the "Brothers" peak of Mount Bukhan in Seoul.

By scaling the peak, whose name symbolizes the two Koreas, the performance metaphorically shows the reality of the division and pains that arise from it, Im said.

The two screens stand back to back, an installation that the artist aimed to show the reality of the Koreas that are too close location-wise and historically but still too far away that both can't see or understand each other. 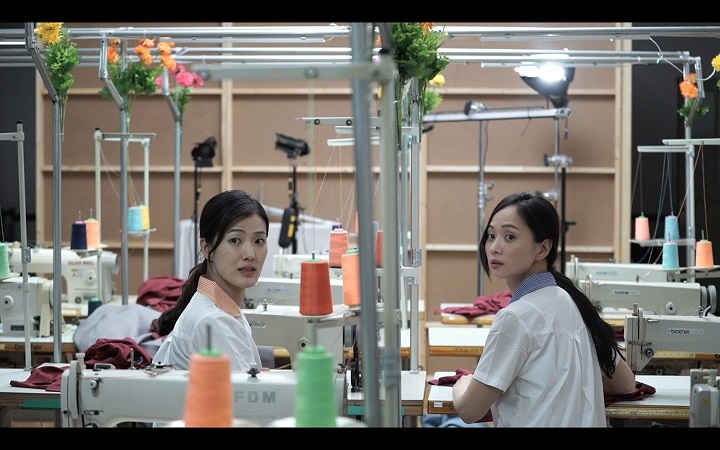 Yoo Soo, the only artist who's been to Kaesong among the 10, documented in photography workers from both sides and gifts that South Koreans received from the North Korean workers. His works cast light on their personal connections and relationships.

"As proud as we are about this exhibition, we think it is only a half-completed show, as we don't know how North Korean artists interpret the complex," the professor said.

"Kaesong is a channel. It is a stepping stone for better relations. I hope the place recovers its original value," the artist Jeong said.

The exhibition runs from July 6 to Sept. 2. 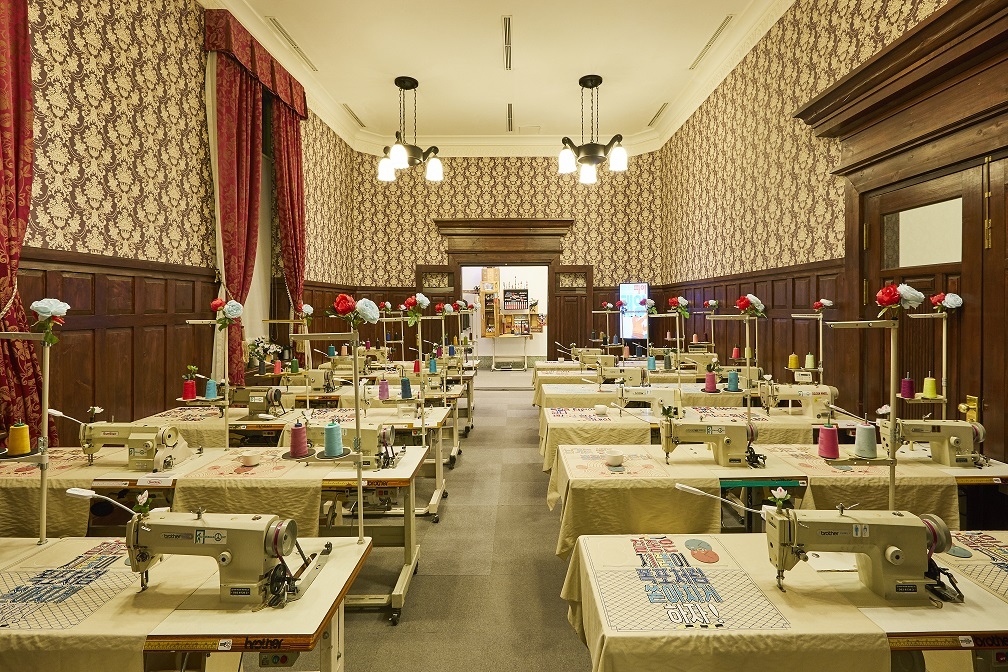