SEOUL, July 6 (Yonhap) -- South Korea's capital Seoul has been selected as the winner of the Lee Kuan Yew World City Prize for this year in recognition of its remarkable outcomes in sustainable urbanization, city officials said Friday.

Launched in 2010, the biennial prize, named after the late Singaporean Prime Minister Lee Kuan Yew, is an international award honoring outstanding achievements in the creation of livable, vibrant and sustainable urban communities around the world.

Seoul is the fifth recipient -- following Medellin in Colombia, Suzhou in China, Bilbao in Spain and New York City in the United States -- and beat 28 other cities including Hamburg in Germany and Tokyo in Japan to grab the prize, according to the officials.

The Urban Redevelopment Authority (URA) and Centre for Liveable Cities (CLC), the award's co-organizers, selected Seoul as the winner by recognizing its successful creation of public spaces such as the Cheonggye Stream, the overpass-turned-park Seoullo 7017 and the oil reserve site turned into the Mapo Culture Center, the officials said.

The awards ceremony is one of the main events of the 2018 World Cities Summit that will take place in the island country from Sunday to Thursday. 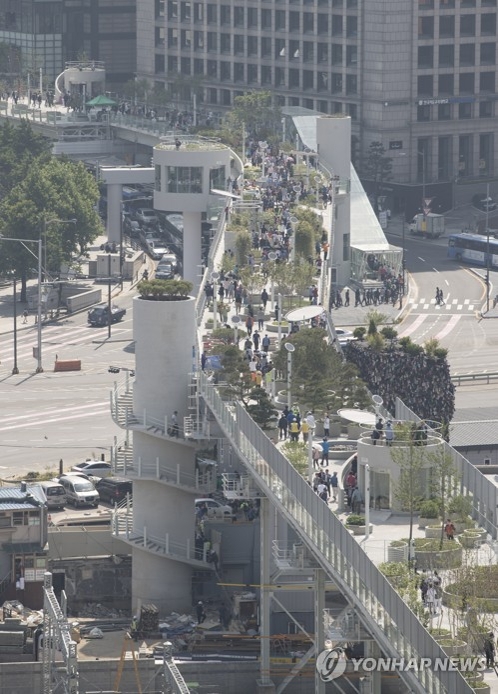