The K League 1 club said Escudero, a Spanish-born naturalized Japanese citizen, will play in the top-flight South Korean league until end of this season.

Escudero is familiar with the K League 1. The 29-year-old forward previously played for South Korean outfit FC Seoul from 2013 to 2015, collecting 14 goals and 14 assists in 86 matches. He then later moved to Chinese club Jiangsu Sainty and has played for Kyoto since 2016.

Ulsan said Escudero joined them on Asian quota with his Japanese nationality. In the K League, teams are allowed to have three foreigners, in addition to one player from an Asian Football Confederation member country, also known as the "Asian quota."

Ulsan are currently seventh in the 12-team league with five wins, five draws and four losses. 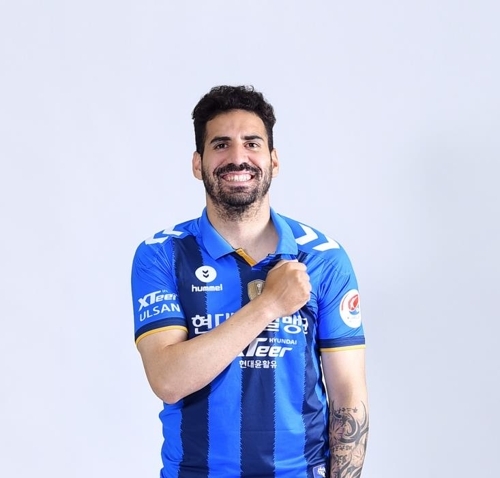