Kim Yong-chol, vice chairman of the Central Committee of the Workers' Party of Korea, started the talks, saying the two sides had a "very serious discussion on very important matters yesterday," according to Reuters, apparently based on a pool report.

Pompeo agreed, "We did have a good set of conversations yesterday" and added he's looking forward to continued dialogue.

But they pointed out that they have things to "clarify," suggesting no major deal yet.

The secretary reminded the North's official, known as a right-hand man of leader Kim Jong-un, of President Donald Trump's talk of a "brighter future for North Korea" in case of its complete denuclearization as agreed in the Singapore summit on June 12. 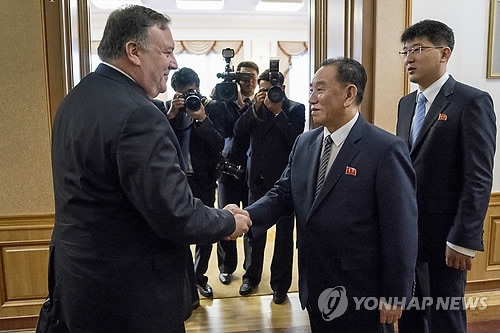 Earlier in the day, State Department spokeswoman Heather Nauert told reporters accompanying Peompeo that the two sides have established working groups to talk about details of a denuclearization plan.

On Friday, Pompeo had a nearly three-hour meeting with Kim Yong-chol, who traveled to the White House ahead of the Singapore summit. 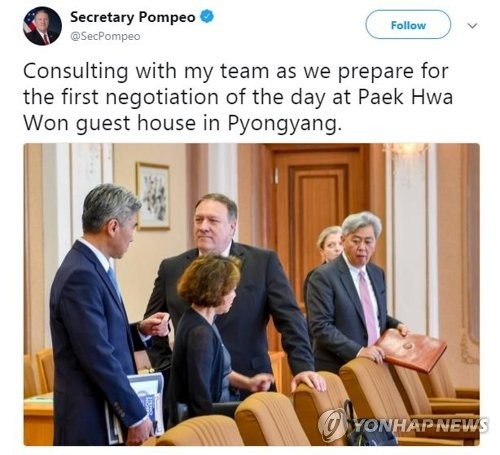 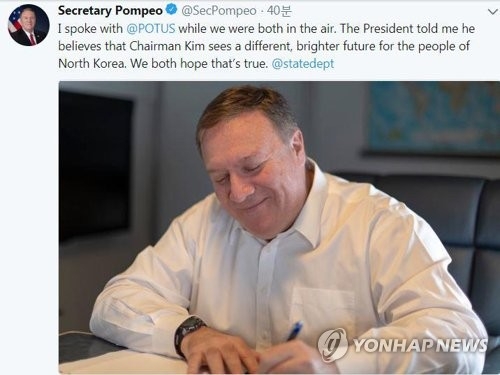