The Ministry of Trade, Industry and Energy decided to send the delegation to the July 19-20 public hearing, after the U.S. Department of Commerce in May hinted at slapping tariffs on vehicles under Section 232 of its trade law.

The ministry said the delegation will be led by Deputy Trade Minister Kang Sung-cheon, and will include government and corporate officials.

Sources said the delegation will include members from the Ministry of Strategy and Finance, as well as Kim Yong-geun, the chairman of the Korea Automobile Manufacturers Association.

The trade ministry is set to come up with the final list of members this week.

The delegation is set to express concerns over Washington's move to impose restrictions on imported automobiles, and reiterate that South Korean cars and automobile parts will not have adverse impacts on the U.S. national security.

The South Korean government also submitted a written statement to Washington last month regarding the issue. 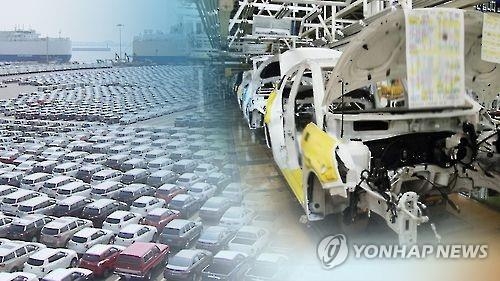 Seoul gets ready for Washington's hearing on auto tariffs

Seoul gets ready for Washington's hearing on auto tariffs