Hite Jinro sold 75.91 million nine-liter cases of Jinro soju last year, up 0.8 percent from the previous year and retaining the top position for two years running, according to IWSR, a provider of market data and information on spirits.

Soju is a distilled liquor that has been the pick-me-up for ordinary South Koreans and has been gaining popularity in foreign countries in recent years.

Chum Churum by another South Korean liquor maker, Lotte Chilsung Beverage Co., was the sixth most popular spirits brand with sales of 25.51 million cases last year, up 2.2 percent from a year earlier.

Meanwhile, sales of Johnnie Walker Scotch whisky increased 2 percent last year from the previous year but fell one place to 12th, according to IWSR. 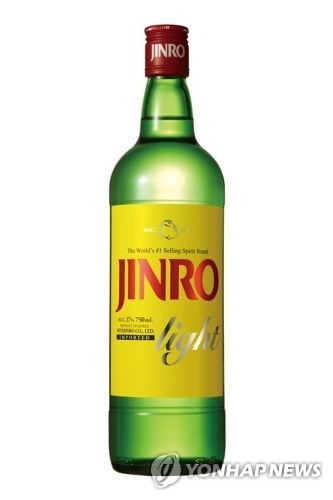