SEOUL, July 9 (Yonhap) – The chief of South Korea's financial watchdog on Monday raised the stakes in efforts to better protect consumers, saying the watchdog will wage "war" against abusive or deceptive business practices by firms.

Yoon Suk-heun, governor of the Financial Supervisory Service (FSS), made the remarks as he laid out plans to reform the regulatory body.

Yoon said sales of defective financial products have been on the rise recently, despite regulatory moves to bolster consumer protection in the financial sector.

"In some ways, I think there is a need to wage a war against financial firms from now on," Yoon said.

Later, Yoon appeared to tone down his remarks, calling his reference of war against financial firms "excessive."

Authorities conducted on-site inspections of three banks -- BNK Kyongnam Bank, KEB Hana Bank and Citibank Korea -- over allegations that they slapped unfairly high interest rates on borrowers by omitting their income or collateral in lending rate calculations, according to an industry source. 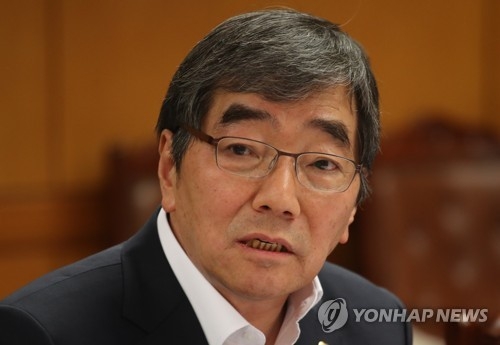 Under the move, the FSS will step up its monitoring of accounting practices in the nation's top 50 companies, Yoon told reporters.

To regain investor confidence, the government has drastically hiked fines assessed in cases of accounting irregularities.

Under the latest accounting reform measures, chief executives of a company or an accounting firm will face "stern punishment" if they are involved in irregularities, officials said.