The sad romance series revolves around a daughter of a high-powered politician married to man who's part of a chaebol family, played by Song (36), and an ordinary young man, played by Park (25).

It is Song's first drama following the 2016 hit "Descendant of the Sun." She married her co-star in the drama Song Joong-ki in 2017. It is Park's first drama since "Love in the Moonlight" aired in 2016.

The two actors used to belong to the same agency and are known for their longtime friendship.

The drama is produced by Bon Factory, which has made such hit series as "What's Wrong With Secretary Kim," "She Was Pretty" and "Master's Sun."

The production company is in talks with tvN for scheduling. 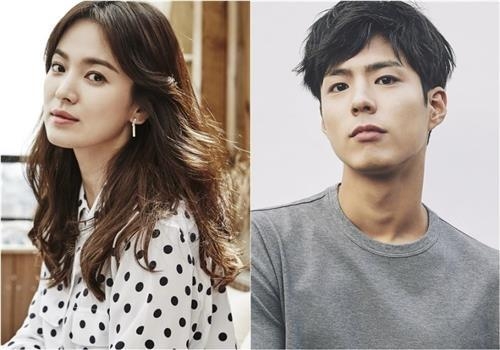