He will start off in Tokyo on August 17 followed by Osaka on August 19. He will have a domestic event at KBS Arena Hall in Seoul on Sept. 1. On Sept. 9, he will visit Taiwan, followed by Thailand on Sept. 15. He is expected to hold the events in Los Angeles and New York.

According to his agency, Lee will be the first Korean actor to have such an event in North America.

The event aims to look back on his nine-year acting career and repay fans for their steady support throughout the years.

Tickets will be available on online ticket outlet Yes 24 at 8 p.m. on July 24. For overseas fans, the site will open a multi-lingual platform at the same time. Members of Lee's official fan club who register before July 8 can buy the tickets in advance from 6-7 p.m. on the ticket opening day. 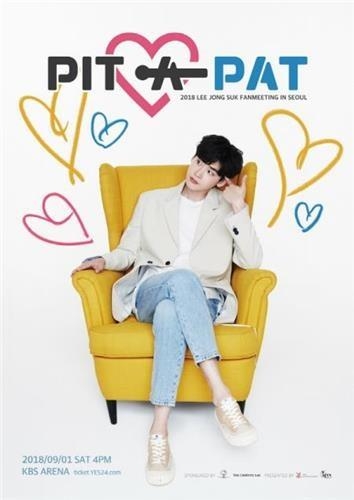