The 2018 ASEAN job fair will be held in Busan on Thursday and in Seoul on Saturday, the ministry said. ASEAN is short for the Association of Southeast Asian Nations.

Eight countries -- Singapore, the Philippines, Malaysia, Thailand, Vietnam, Indonesia, Cambodia and Laos -- will take part in the event to provide some 300 jobs, the ministry said.

The biggest employer was Singapore, followed by Vietnam, Indonesia and Malaysia, according to the ministry. 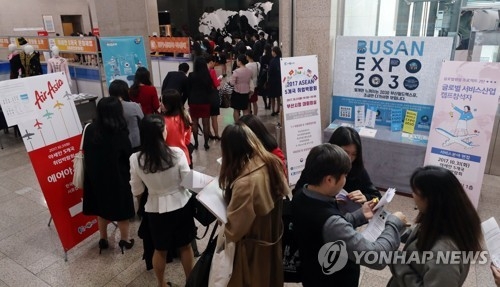 ASEAN countries to give job opportunities to South Korean youngsters

ASEAN countries to give job opportunities to South Korean youngsters