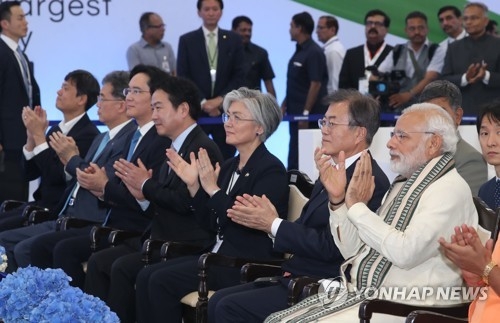 Modi said the ceremony marked a special day when India became what he called a "global manufacturing hub."

"The 50-billion-rupee investment will not only strengthen the mutual relationship between India and Samsung but it will also be very helpful to the South Korea-India relationship," the Indian leader said in congratulatory remarks televised live by a local broadcaster.