SEOUL, July 9 (Yonhap) -- South Korea's cultural authorities said Monday they will hold a training workshop later this week to help Asia-Pacific UNESCO member nations identify their globally significant documentary heritage and apply for its listing on the Memory of the World Register.

"The UNESCO Memory of the World Training Workshop for the Asia and Pacific Region will open in Seoul for a four-day run from Tuesday," the Cultural Heritage Administration said.

In 2009, South Korea launched the annual workshop to assist UNESCO member nations that have no or only a small number of items on the register to identify documentary heritage with global significance and prepare their application for nomination to the register. As a result, 10 items in the region were put on the Memory of the World Register and 11 items on the Memory of the International Register between 2010 and 2017.

This year, seven nations -- Samoa, Cook Islands, Tuvalu, Pakistan, Singapore, Kyrgyzstan and Afghanistan -- will take part in the workshop, where they will learn about application procedures from international experts including Roslyn Russell, former chair of the International Advisory Committee of the Memory of the World Programme, according to the administration, a co-organizer of the event with UNESCO Korea. 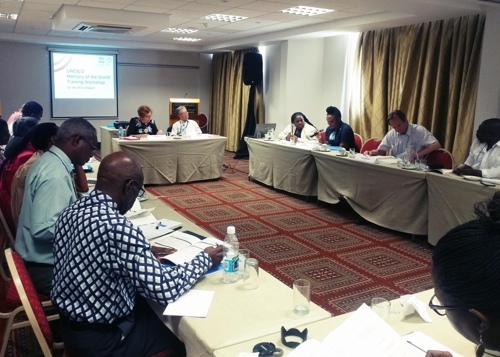