SEOUL, July 10 (Yonhap) -- South Korea's science ministry said Tuesday it launched a price-comparison service for used handsets to promote sales of such devices in the country.

The Ministry of Science and ICT said it opened the service at its telecom information portal named Smartchoice, where 10 local retailers of used mobile phones will update information on the average prices twice a week.

The retailers will provide detailed information, including prices for different conditions of used devices.

"Users have had a hard time purchasing used handsets as there is a big range of market prices," an official from the ministry said, claiming the service will help vitalize sales of used devices.

The Korea Communications Commission also opened a separate service in May called Wiseuser, which helps consumers compare local prices of smartphones with those sold abroad. 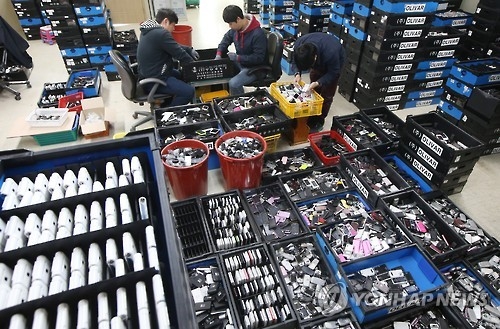