SEJONG, July 10 (Yonhap) -- South Korea's tax revenue was tallied at 31 trillion won (US$27.9 billion) in May, up a sharp 12.4 trillion won from a year earlier, due to carried-over corporate tax earnings, data showed Tuesday.

But if corporate taxes had been collected on schedule, the country would have collected an estimated 21.4 trillion won in dues in May, up 2.9 trillion won over the cited period, the data compiled by the finance ministry showed.

In the first five months of the year, state tax earnings reached 140.7 trillion won, up 16.9 trillion won from a year earlier.

South Korea posted a budget surplus for the third year in a row in fiscal 2017 as its tax revenue rose sharply on increased corporate and value added taxes. 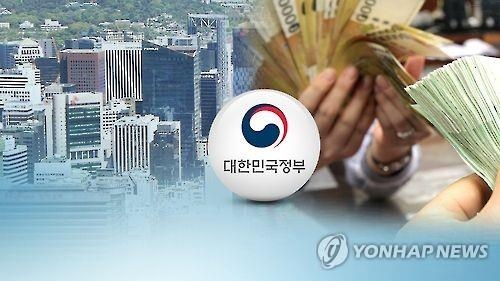 (LEAD) Tax revenue tallied at 31 tln won in May

(LEAD) Tax revenue tallied at 31 tln won in May