SEOUL, July 10 (Yonhap) -- Hyundai Motor Co. and its affiliate Kia Motors Corp. said Tuesday sales of vehicles in Germany jumped 10 percent on-year in the first half of this year, spurred by robust demand for their environmentally friendly cars.

From January through June, Hyundai and Kia sold a combined 92,752 vehicles in the European country. The two accounted for 5 percent of the German automotive market where carmakers sold a total of 1.84 million autos over the first six months, according to data from the German Association of the Automotive Industry (VDA).

If local demand for their vehicles remains strong in the second half, the two carmakers are expected to report sales of over 180,000 units this year.

Overall European and Chinese sales of the two carmakers will be released later this month.

In the United States, they sold 628,611 vehicles in the first half, down 2.1 percent from 642,096 units a year earlier, according to Hyundai Motor Group, which has the two carmakers under its wings. 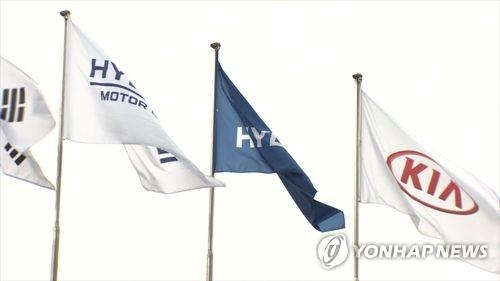