According to FnGuide Inc., the National Pension Service (NPS), the top institutional investor in the country, owned 5 percent or more of 296 publicly traded corporations as of Monday.

Of the total, the NPS increased its stakes in 98 companies during the April-June period. Drug companies were the largest at nine, followed by auto parts manufacturers and chemical makers with eight each, and food companies with seven.

The national pension operator unloaded pharmaceuticals in the first quarter of the year, but it changed course in the second quarter in anticipation of improvements in their performances.

Auto parts makers are expected to benefit from improved capacity utilization by Hyundai Motor Co. and four other automakers in the country. Food companies are estimated to have shaken off the fallout from China's retaliation against South Korea over a missile defense system. 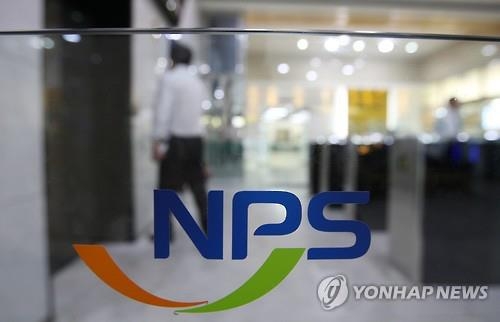 In March last year, China banned the sale of package tours to South Korea and took other retaliatory measures against South Korean companies over Seoul's deployment of the U.S. missile shield, citing a threat to its security. In November, Seoul and Beijing agreed to put their bilateral ties back on track, setting aside the missile shield row.

Among large caps, the NPS increased its stake in chip giant SK hynix Inc. to 10 percent from 9.94 percent in the second quarter, with its interest in top steelmaker POSCO rising to 10.82 percent from 10.79 percent.

Meanwhile, the NPS reduced its holdings of 91 listed companies over the cited period, with chemical firms, electric equipment makers and machinery manufacturers taking a hit.

The NPS has slightly over 600 trillion won (US$539 billion) under its management, making it one of the three biggest pension operators in the world. It plans to introduce a set of guidelines in late July to make it more actively engage in corporate governance in the interests of small shareholders and thus help boost investment returns.
(END)