SEOUL, July 10 (Yonhap) -- Hyundai Asan, the South Korean operator of a long-stalled joint tour program in North Korea, on Tuesday vowed support for the upcoming reunions of families separated by the 1950-53 Korean War.

Nine Hyundai Asan officials visited Mount Kumgang, a scenic mountain resort on North Korea's east coast, on Monday along with nine other subcontractors and several government officials to repair the venue ahead of the reunions set for Aug. 20-26.

"We will focus on the reunions to ensure they take place without a hitch," Lee Jae-hee, an official handling the issue at Hyundai Asan.

Lee said nine Hyundai officials will stay until Aug. 26 to support the reunions -- the first since October 2015.

The mountain resort served as a venue for temporary reunions of families in South and North Korea who were separated by the Korean War, which ended in a cease-fire and not a peace treaty.

The family reunions are part of agreements reached at the summit between South Korean President Moon Jae-in and North Korean leader Kim Jong-un at the border village of Panmunjom in April.

The latest trip comes amid hope that recent rapprochement between the two Koreas, and between the U.S. and North Korea, could help jump-start the stalled tour program and other inter-Korean projects. 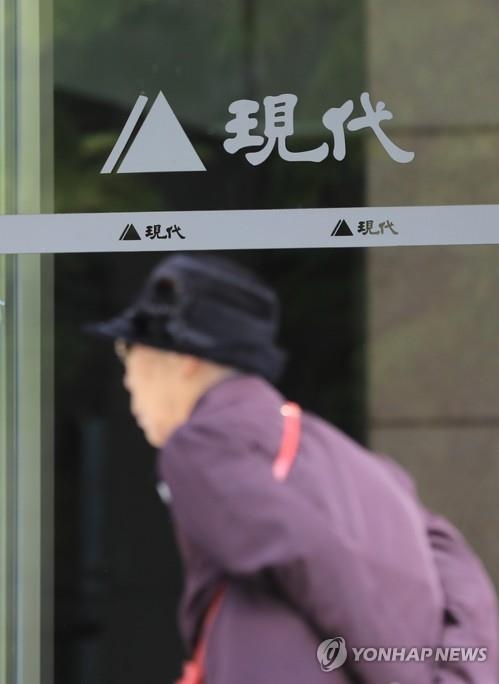 "We will do our utmost to prepare for the resumption of inter-Korean projects," Lee said.

South Korea has suspended the tours since July 2008 after a female South Korean tourist was shot dead by a North Korean guard near the resort.

Lee said there has been no tangible progress in the tour program or a stalled joint factory park in North Korea's border city of Kaesong -- two symbolic cooperation projects spearheaded by Hyundai Asan, the inter-Korean business arm of Hyundai Group.

Officials and analysts said South and North Korea are unlikely to resume the two stalled projects as the U.S. has vowed to keep pressure on Pyongyang until it fully abandons its nuclear weapons program.