SEOUL, July 10 (Yonhap) -- South Korea's government said Tuesday that it has decided to cancel this year's Ulchi exercise, an annual defense drill intended to examine the state's war preparedness, in consideration of the "changing security circumstances" on the Korean Peninsula.

The decision was reached at a weekly Cabinet meeting early in the day, as the Seoul government has recently refrained from military drills and other moves that might provoke North Korea amid its ongoing denuclearization talks with the United States.

Kim Boo-kyum, minister of the interior, announced the decision after the Cabinet meeting, saying, "The government has decided to temporarily suspend the Ulchi exercise slated for later this year, in accordance with the changing security circumstances and earlier decisions to halt joint military drills between South Korea and the U.S." 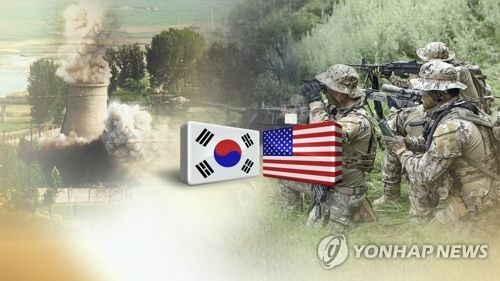 The Ulchi exercise, which was launched in 1969 following a raid of North Korean commandos on the presidential residence in Seoul the previous year, is an annual training meant to comprehensively check the state's crisis management capabilities and warfare preparedness. About 480,000 officials from 4,000 government offices and public institutions have participated in the exercise.

The halt of this year's Ulchi drill was long expected after Seoul and Washington announced the suspension of the Freedom Guardian exercise, slated for August, on June 19, a week after U.S. President Donald Trump promised to stop any "provocative" war games on the Korean Peninsula at his summit talks with North Korean leader Kim Jong-un.

Pyongyang has long decried the UFG and other South Korean-U.S. joint military drills as an invasion rehearsal.

"The Ulchi Taeguk exercise will be intended to guard against terrorism and large-scale disasters, as well as armed attacks from outside," the minister said.

Defense Minister Song Young-moo also told reporters that the military's Taeguk exercise slated for June will be carried out in late October due to the suspension of the UFG.