"Our goal is clear, which is to secure second place for six consecutive events," Lee said in a media event held at National Training Center in Jincheon, North Chungcheong Province. "But we know this is not going to be easy this time as Japan made big investments and boosted its competiveness in sports."

The 18th Asian Games will open in the two co-host cities of Jakarta and Palembang on Aug. 18 and wrap up on Sept. 2. Jakarta houses venues for athletics, badminton, basketball, swimming, baseball, archery and fencing, among others. Palembang will host sports including football, tennis, bowling, beach volleyball, rowing and shooting.

Some 10,000 athletes and officials from 45 nations are expected to compete for medals in 463 events in 40 sports.

South Korea will send 1,012 athletes and officials in 39 of 40 sports, the lone exception being bridge, for Jakarta-Palembang Asian Games.

"This year's Asian Games will be played under hot and humid weather, so it's important for us to keep the athletes in good condition," said South Korea's chef de mission Kim Sang-jo. "It's also my job to encourage athletes to display their best performance." 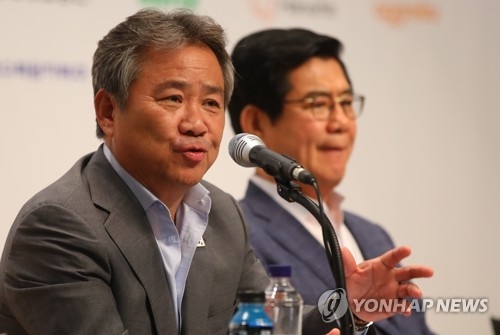 The 2018 Asian Games are taking place prior to the 2020 Summer Olympics in Tokyo and will set the stage for Asia's top athletes to see how they stack up against regional rivals.

China has been reigning supreme at the Asian Games, having captured every medal race since Delhi 1982. Catching China, which routinely grabs well over 100 gold medals, will be a tall order for South Korea and Japan, who will once again fight for second place.

South Korea has won those battles at every Asian Games since Bangkok 1998. At the previous Asian Games in Incheon, some 40 kilometers west of Seoul, South Korea grabbed 79 gold medals to rank second, while Japan ranked third with 47 gold.

Japan has sent second-tier athletes to some recent Asian Games, and its top stars have often skipped the continental event if world championships or other international events coincided with the Asian event. But the KSOC believes Japan will change course and have its best athletes participating in Jakarta-Palembang 2018 so that they can use the Asian Games as a stepping stone for the 2020 Summer Olympics on home soil.

Twenty-six North Korean athletes are set to compete together with South Koreans, according to the KSOC.

The two Koreas also plan to have a joint parade at the opening ceremony of the 2018 Asian Games.

South Korean athletes are scheduled to depart for Indonesia on Aug. 15, after having a delegation launch ceremony on Aug. 7. 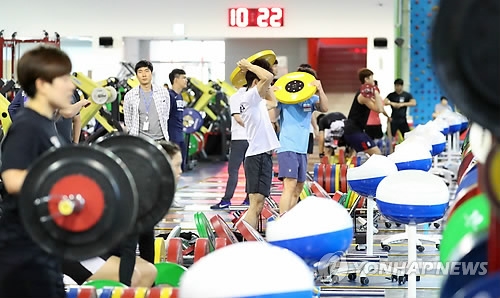