Clad in a military combat uniform, the 31-year-old reported his completion of military service to the Army 37th division in the county of Jeungpyeong, about 130 kilometers south of Seoul, bidding farewell to fellow members of a military band.

"Long time, no see," Ryeowook told a group of journalists and fans who gathered to greet him on his return. "I wept a lot. I felt so sad to part with my friends (in the military) after spending one year and nine months together."

Addressing his fans, Ryeowook said: "I am returning now as Super Junior's Kim Ryeo-wook from Sgt. Kim Ryeo-wook. I have sung a lot in the military band. But now I want to go back onstage as part of Super Junior."

He also extended his thanks to the fans who came out to greet him, pledging an active presence onstage.

"I am making preparations for something special. I want you to wait for that," he said.

Starting in the early morning, about 400 fans gathered near the division to greet him coming out of the unit.

He also sung a part of his 2016 solo single "The Little Prince" to his fans gathered there. 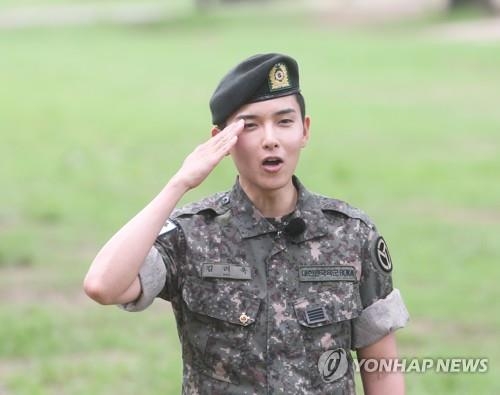 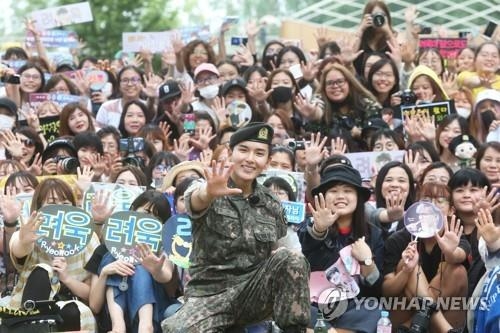 With Ryeowook's discharge, 10 of the 11 Super Junior members are cleared of the mandatory nearly two-year military service, which all able-bodied South Korean men are required to serve.

The last member, Kyuhyun, is on course to finish his service next year.

"We only have Kyuhyun left, who'll be discharged next year. It took as many as 10 years to finish the members' military services," team leader Leeteuk told reporters. "We cannot wait to return to you with a full lineup in 2019."

Ryeowook will resume his music career with a meeting with fans Thursday, titled "Return to the Little Prince." 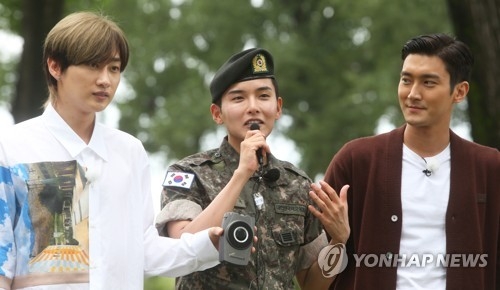