SEOUL, July 10 (Yonhap) -- Police have wrapped up their investigation into the wife of Korean Air Lines Co.'s chief on assault allegations and sent the case to the prosecution suggesting she be indicted, officials said Tuesday.

Lee Myung-hee, wife of Hanjin Group Chairman Cho Yang-ho, has been under investigation since late April on suspicion that she routinely assaulted and bullied employees at Hanjin affiliates and others under her influence for years.

She allegedly hurled a pair of pruning shears at a security guard at her home in Seoul for failing to take care of the house's door properly. She was also accused of kicking her chauffeur on the street for making a mistake, and shoving and cursing at construction workers hired for a hotel expansion project.

Police referred Lee to the prosecution saying she could be pressed with seven counts of charges, including assault, aggravated assault, obstruction of business and insult, they said.

Police sought to arrest her twice in June but the requests were all turned down by a district court that cited a lack of necessity to place her under detention.

Lee has denied most of the charges.

Of about a dozen victims, five people have apparently reached settlement with Lee and submitted letters to the court stating they do not seek her punishment.

Lee has paid a deposit to court for those who refused to settle. If they take the deposit, the receipts are considered having reached settlement and they will be taken into account when the court decides its verdict on the defendant.

Lee is undergoing a separate investigation by the immigration office on suspicion that she and her eldest daughter illegally hired foreign housekeepers without the required visas. 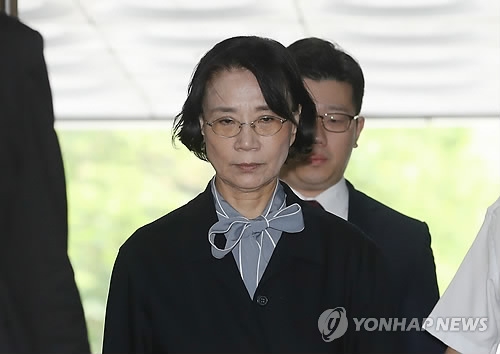