BUSAN, July 10 (Yonhap) -- An international magic championship has opened amid great fanfare in the southeastern port city of Busan, bringing together more than 100 top guns of the magic world, organizers said Tuesday.

Hosted by the International Federation of Magic Societies, the World Championships of Magic competition kicked off for a weeklong run at the Busan Exhibition and Convention Center (BEXCO) in Haeundae in the eastern part of the port city Monday.

The triennial event features an international magic competition, the federation's general assembly, gala shows, seminars and a trade show for the magic industry. 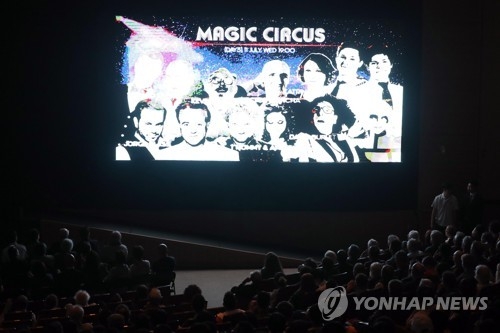 The close-up event is composed of three divisions: 11 magicians for card magic, 18 for micromagic and 10 for parlor magic.

Special gala shows, which feature top-notch magicians from each continent, will be held every night with "Asia Night" slated for Tuesday.

Magicians from Europe will host the "Magic Circus" show on Wednesday, with America's "Mixing Mystery" event slated for Thursday.

Winners of the competition and some 10 invited top-rate magicians will take part in the final gala show of the championship on Sunday afternoon. 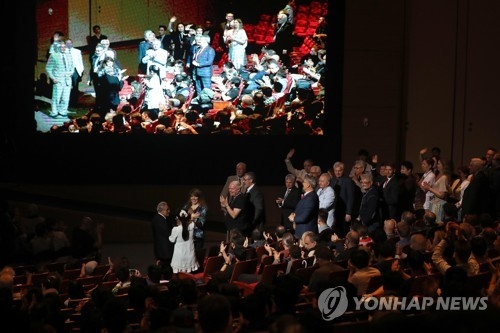 As of Monday, North Korea hadn't expressed its intention to attend the magic championship though South Korea's Unification Ministry, which handles inter-Korean issues, conveyed the federation's invitation to Pyongyang on June 27.

North Korea has disappeared from the international magic stage since it performed as a special guest at the 1976 World Championships of Magic in Vienna.

According to the organizing committee, the federation was to hold a general assembly on Tuesday to select the host country for the next magic Olympics.

On each afternoon during the seven-day magic festival, Gunamro Square in Haeundae, where the BEXCO center is located, turns into a magic street where visitors and tourists enjoy magic shows, busking and other performances.

"During the festival, top-class magicians and new talent from around the world lead visitors to the mysterious world of magic," said Kang Yeol-woo, who heads the organizing committee. "It's a rare and good opportunity for all family members to enjoy top-quality magic." 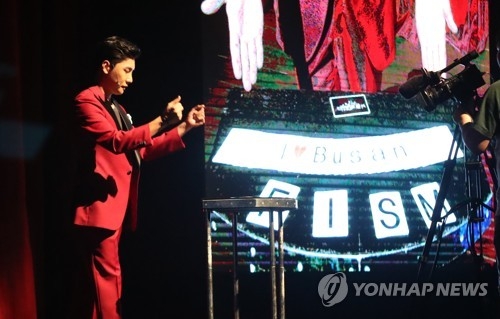 Olympics for magicians opens amid fanfare in Busan

Olympics for magicians opens amid fanfare in Busan