(ATTN: UPDATES with the unit's statement in last 4 paras)

The DSC reportedly considered ways to invoke a set of draconian decrees to control domestic security conditions last year, when then President Park Geun-hye was impeached. 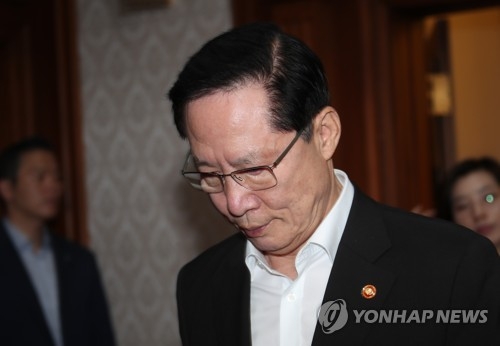 The DSC said it will sincerely cooperate with the investigation ordered by the president.

In a statement, it said the reported behavior is "very regrettable," although it occurred during when it was under the control of a former administration.

"(We) will undergo the probe with an active and responsible attitude so that clear facts can be discovered," the agency said.

It added it will continue tough reform efforts to break away from past malpractices and be reborn as a body that is strictly neutral politically with a focus on its original mission.