SEJONG, July 10 (Yonhap) -- South Korea's commission for the minimum wage on Tuesday voted down a proposal to differentiate minimum pay by business sector, dealing a blow to employers' push for the move.

The Minimum Wage Commission, comprising those representing the public interest, workers and employers, rejected the proposal in a 14-9 vote. Of the 23 participants in the poll, five were from the labor side and nine spoke for the public interest.

Following the vote, the employers' representatives left the room in protest.

"More than a third of those working for small businesses cannot receive the minimum wage," one representative from the employers' side said, declining to be named.

"It no longer has any meaning for us to participate in the committee deliberations that would uniformly set the minimum wage for the workers for small businesses on the brink of insolvency without any measures (to address the problem)," the representative added.

Business circles have been calling for separate, lower minimum wages for the restaurant and accommodation businesses, as well as for other small merchants. 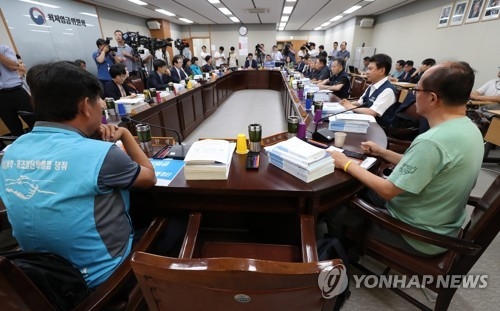