WASHINGTON, July 10 (Yonhap) -- U.S. President Donald Trump said Tuesday that he has a "little gift" for North Korean leader Kim Jong-un, but wouldn't reveal what it is.

Speaking with reporters before departing on a trip to Europe, Trump was asked to confirm a South Korean news report that U.S. Secretary of State Mike Pompeo took with him to Pyongyang a CD of Elton John's song "Rocket Man" to give to Kim last week.

"Rocket Man" is a nickname Trump used to mock Kim last year when the two traded insults over North Korea's testing of nuclear weapons and ballistic missiles targeted at the U.S.

"They didn't give it. I have it for him," Trump said. "But it will be given at a certain period. I actually do have a little gift for him, but you'll find out what that gift is when I give it."

Pompeo traveled to Pyongyang last weekend to flesh out the details of an agreement reached by Trump and Kim at their historic Singapore summit last month. Kim committed in the meeting to the "complete denuclearization" of the Korean Peninsula in exchange for security guarantees from the U.S.

Pompeo said after his trip that there had been progress in the talks. But he also acknowledged that a lot of work remained to be done, including on the issue of setting a timeline for denuclearization.

On Monday Trump reiterated his confidence in Kim.

"I have confidence that Kim Jong Un will honor the contract we signed &, even more importantly, our handshake," he tweeted. "We agreed to the denuclearization of North Korea." 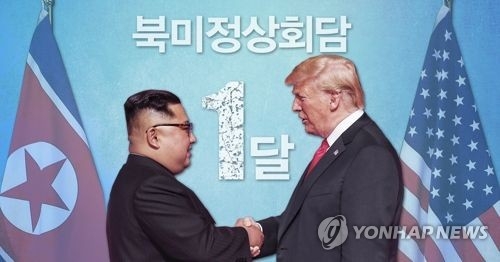